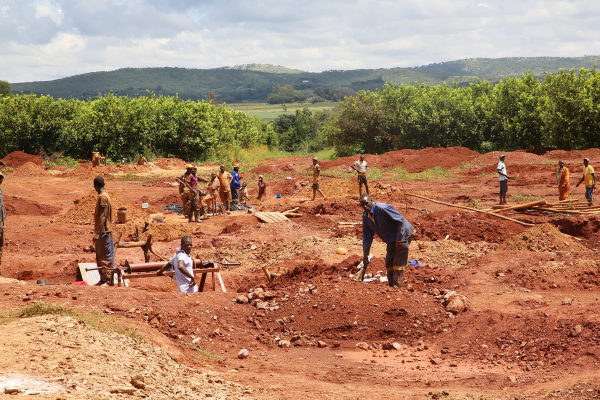 RAMPANT illegal mining in Odzi, Manicaland province, has led to an increase in the number of school dropouts and early child marriages in the area.

This was said yesterday by Odzi ward 31 councillor, Maclean Murauro (Mutare North) during a donation of food items to the constituency by Joe Daniels Foundation.

The foundation, led by Apostle Joe Daniels and his wife Melinda, donated food to the elderly in the constituency.

Murauro said he was worried about the high number of school dropouts in Odzi, adding that schoolgoing children were getting attracted to illegal gold mining.

“In 2019, Odzi had the highest number of school dropouts, with 30 children dropping out of Odzi Secondary School. Some of the causes were early marriages, while others dropped out after being attracted to the lucrative illegal mining activities in the area,” Murauro said.

“We have also had Grade 6 and Grade 7 pupils that were impregnated by illegal miners who flashed money to
them.

“Despite all these social challenges, somehow illegal mining has uplifted some people economically.  Some are buying cars, and even women that are selling foodstuffs to the illegal miners are now earning a living.”

Murauro, however, said the illegal mining activities in Odzi were likely to spread COVID-19 as the miners were not adhering to precautionary measures.

“The Odzi area is now congested because of the mining activities, and we are worried that most miners are not observing COVID-19 precautionary measures,” he said.

Daniels said he would continue to conduct outreach programmes in Odzi as the area needed deliverance.

He has been doing philanthropic work in the area and paying school and university fees for vulnerable children.