His legal team is now preparing litigation against people behind the smear campaign.

Speaking for the first time on the attack on his private life, the Vice President said he was unmoved as he was a victim of political machinations peddled through voice cloning — a technology to create someone’s voice artificially.

According to Mordor Intelligence its market is expected to grow by 17,2 percent between 2021 and 2026.

“Despite the noise in digital media ecologies, I wish to clearly state that I am innocent and a victim of political machinations being peddled through hacking and voice cloning,” said VP Mohadi.

“Following the recent social media hype about my alleged illicit relationship with two married women, I have decided to come open and respond to the allegations being peddled by my detractors.

“Despite growing impatient because of days of weird character assassination, I wish to categorically state that the allegations being levelled against me are not only false, but well choreographed to demean, condescend and soil my image as a national leader and patriot.

“That these faceless netizens have blended well-networked digital architecture to re-engineer the spaces for political demonisation, will not dampen my spirit as a tried and tested cadre,” said VP Mohadi.

The VP — a liberation war icon and retired colonel — remained calm as he faced the media at his offices in Harare. 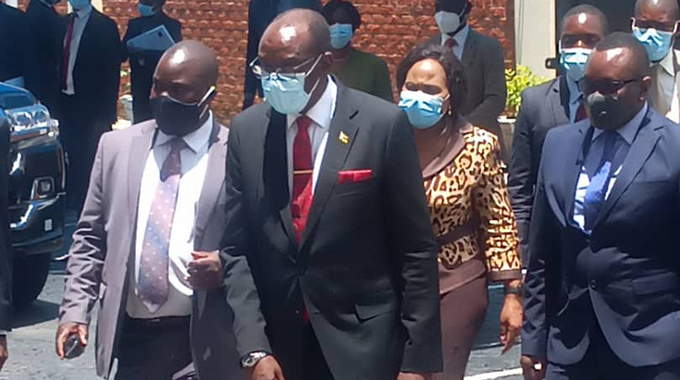 Speaking about his future he said if anything was going to happen, it was the President who was going to determine the next course of action.

“Despite the density of the allegations being levelled against me, I salute the support from fellow citizens, colleagues and comrades who fully grasped the rigid complexities of concocted enemy attacks.

“It is against this backdrop that I am categorically distancing myself from the imagined immoral unions,” he said.

Commenting on the planned legal action his lawyer, Mr Norman Mugiya of Mugiya and Muvhami Law Chambers said: “We are definitely working on something. Of course we will exercise restraint in disclosing further details, but as my principal has stated, we are now aware of what has been transpiring and what is transpiring in relation to the unnecessary attacks against his person.