Impasse between Frelimo and Renamo remains 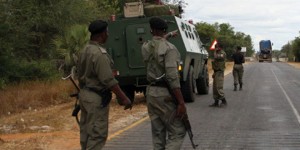 Source: Impasse between Frelimo and Renamo remains – The Zimbabwean

Maputo (AIM) – The Mozambican parliament, the Assembly of the Republic, remains deadlocked over the question of demilitarizing the main opposition party, the rebel movement Renamo.

An extraordinary sitting of the Assembly should have taken place on Thursday and Friday, to approve change to the legislation on municipalities and municipal elections, to bring it into line with the constitutional amendments on decentralization passed in May.

But on Wednesday, less than 24 hours before the extraordinary sitting was due to start, at a meeting of the Assembly’s governing board, its Standing Commission, the parliamentary group of the ruling Frelimo Party demanded some concrete sign that Renamo was serious about demobilizing its illegal militia. Without a real commitment to demilitarization, there would be no extraordinary sitting.

Under the dialogue between the government and Renamo, two working groups had been set up – one on decentralization and the other on military questions. The first group concluded its work, leading to the constitutional amendments which envisage, for the first time, the election of provincial governors and district administrators.

But Renamo remains armed, and not a single member of the Renamo militia has been demobilized. President Filipe Nyusi believed he had been making progress on the military issues in his negotiations with Renamo leader Afonso Dhlakama. But Dhlakama died unexpectedly (of diabetes) on 3 May, and despite contacts between Nyusi and the new Renamo leadership, there was no further progress on demilitarization.

Nonetheless, Renamo was clearly taken by surprise when the Frelimo parliamentary group announced that without some measure of Renamo demilitarisation, there would be no extraordinary sitting of the Assembly. Without that sitting, the legislation on municipal elections will remain unchanged, and the elections, scheduled for 10 October, cannot be held.

On Friday, the head of the Renamo parliamentary group, Ivone Soares, accused the Frelimo deputies of “interfering” in the dialogue between Nyusi and the man appointed as coordinator of the Renamo Political Commission, Ossufo Momade.

She claimed that the Assembly had no role to play in the discussions on military issues. “How is it that today one parliamentary group appears wanting to break this command chain of our chiefs and force us to interfere to spoil things?”, Soares asked.

She insisted that the Assembly should not block understandings between the government and Renamo “since it should dedicate itself solely to legislative questions”.

“As Renamo parliamentary deputies, we are not going to interfere in the dialogue, which has been bearing good fruit”, continued Soares. “If it were a matter which required the Assembly to legislate, then you can believe that we would indeed legislate – but this does not involve questions to be legislated upon by parliament”.

She added that Renamo will continue to respect the truce declared by Dhlakama in December 2016. That truce, she said, is currently guaranteed by Momade, who is now living in Renamo’s main military base, in the central district of Gorongosa, the same base that Dhlakama had made his headquarters.

The truce has held for the past 18 months. There have been no further Renamo ambushes on the roads, and no clashes between Renamo units and the defence and security forces.

On Friday night, the head of the Frelimo group, Margarida Talapa, took an uncompromising position, telling a press conference that concluding the decentralization process (by amending the municipal legislation) cannot happen as long as Renamo is failing to honour its undertaking to disarm its militia.

“Since Renamo is not honouring the undertakings given by its leader, Afonso Dhlakama, while he was alive, the conditions do not exist for concluding the decentralization”, she declared.

“At the time the Constitution was amended, we said that process of seeking a definitive and lasting peace is a coin with two sides – decentralization and the demilitarisation of Renamo”, Talapa stressed.

She added that Frelimo is willing, at any time, to start the extraordinary sitting of the Assembly, as long as Renamo takes concrete steps in demilitarisation – which mean the demobilization and disarming of the Renamo force, and the integration of its members, either into the defence and security forces, or back into civilian life.

“Renamo should respect the Constitution, the Head of State, the Mozambican people, and the undertakings given by its leadership”, urged Talapa.

She added that Mozambicans should go to the polls in the October municipal elections free of fear and the spectre of war. Frelimo had shown its “political will to remove all obstacles to peace”, but it could not see signs of the same commitment from Renamo.

Despite this impasse, both Frelimo and Renamo are continuing their preparations for the municipal elections, sending brigades into the provinces to supervise the selection of candidates.