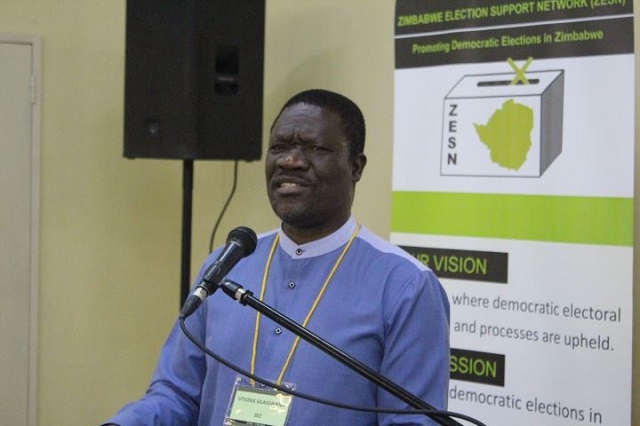 In a statement signed by Acting Chief Elections Officer Mr Utoile Silaigwana the electoral commission said it was saddened by the allegations, which in its opinion were meant to cause alarm and despondency among the populace of the country.

Zec therefore has called upon stakeholders and interested parties to conduct themselves in a responsible manner, which is consistent with nation building.

“Section 20 (2) of the Electoral Act (Chapter 2:13) provides that a voters roll shall specify in relation to each registered voter, the voters first and last names, date of birth, national registration number and sex, as well as the place where the voter ordinarily resides. The voters roll issued to stakeholders contains the above information as required by the law

“The law in section 21 (7) further requires Zec to issue a voters roll that is searchable and analysable but tamper proof. Zec is issuing a roll, which can be analysed and searched by age, name, national registration number and residential address in conformity with the law,” read the statement.

The statement went on to say the allegations that the voters’ roll was fake because it did not contain voters’ photographs were regrettable.

It said while Section 9 of the Electoral (Voter Registration) Regulations, 2013 Statutory Instrument 85 of 2017 provides for the chief elections officer to compile a voters roll for each polling area, showing in relation to each voter the voters’ photograph in addition to the information provided in section 20 (2) of the Electoral Act aforementioned, it was pertinent to note that the voters’ roll referred to in Section 9 of the regulations alluded to by the stakeholders in the print media particularly News Day of 22 June 2018 related to a polling station voters’ roll.

“This is the roll that will be printed and distributed to each polling station for purposes of polling on 30 July 2018, which will not be in its consolidated form as that issued to stakeholders,” read the statement.

It was also stated that it was important for stakeholders to note that such a roll is printed in PDF format and as such it was not analysable and searchable as envisaged by the law.

“However, this does not mean that the Commission is under any constraint to provide any person who requests for it in that format a copy. Note, however, that this is not the roll that is envisaged by the law (Section 21 (7)) to be provided to stakeholders but Zec is willing to make it available. Those who wish to get a copy of the PDF voters’ roll containing voters’ photographs are free to approach the Commission with their own external computer hard drives where such roll will be downloaded,” read the statement.
— @peterkmatika