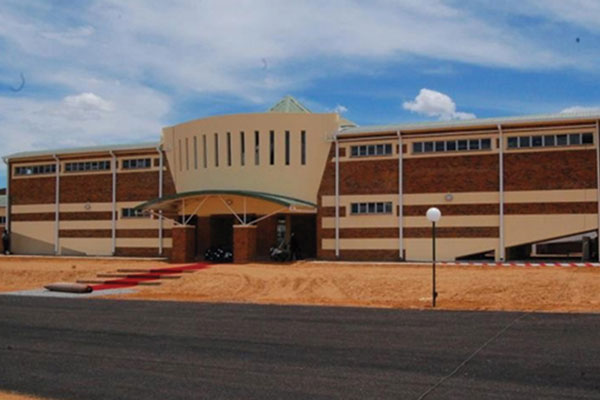 The students told Southern Eye that they were surprised to be told that Mnangagwa was the new SRC leader when they did not vote for him.

But LSU authorities yesterday said Mnangagwa was the sole contender for the post and could not be discriminated against because he shared the same surname with President Emmerson Mnangagwa.

In a notice to students, LSU dean of students, Honest Ncube said there was no candidate who was willing to compete with Kudakwashe for the SRC presidential position.

“Only one prospective candidate Kudakwashe Mnangagwa (part 4.1 student doing Bachelor of Science Honours Degree in Tourism and Hospitality Management) was nominated by at least 10 registered conventional students as required by the SRC constitution,” Ncube said.

“Kudakwashe is, therefore, duly nominated as he is the only candidate. He is declared the SRC president unopposed for the 2021 to 2022 academic year.”

But students said they would not recognise Mnangagwa alleging that he was ”elected” under confusing and controversial circumstances.

“I was so surprised to see the notice from the dean saying Mnangagwa has been elected our SRC president. As a matter of fact, we were not aware that the university is even running these elections for us. We have the right to select whoever we want to lead us. It seems the university has already done that for us,” a student, who refused to be named, said.

“Normally, when SRC elections are conducted, every student would be made aware of them.  It is not possible that Mnangagwa was the sole candidate vying for the post as several other students were interested in competing for the SRC president,” another student said.

“If the dean is saying that Mnangagwa was the only candidate for the position and was voted by at least 10 students, it then makes us wonder how many students participated in that so-called election,” another student said.

Students called for the nullification of the elections.

LSU spokesperson Zwelithini Dlamini, however, said students were notified on social media platforms that elections were going to be held virtually.

“The notice to students about the elections which ran from September 30 to October 8 was put on our website so that registered students would participate. Only nine students came upfront and participated in the nominations,” Dlamini said.

“Out of nine students who participated in the nominations, Mnangagwa was the only person who got at least nine votes which is required by our constitution. We cannot punish him because he shares the same surname with the President. He deserves the position and we cannot violate his rights. We will protect him as much as we protect others.”

Dlamini said the university would not do anything about the issue as Mnangagwa had a right to be SRC president according to the college constitution.

“We will conduct research to find out why the majority of students did not partake in the elections,” he said.