Source: In defence of the July 31, 2020 protests – NewsDay Zimbabwe 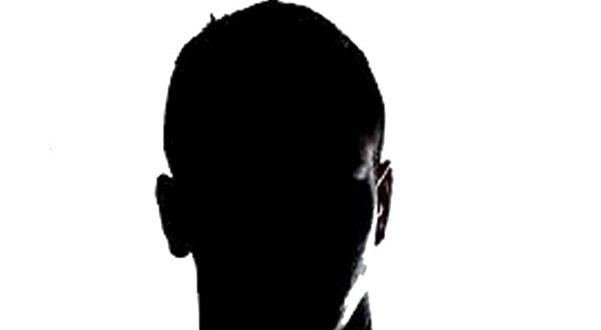 In life there is only one constant; that is change. But for Zimbabweans of different generations from that of Father Zimbabwe, through to the born “frees” and the millenniums the common constant is the lack of freedoms. These freedoms have been elusive due to Zanu PF’s deceit and misinformation. As the intergenerations of Zimbabweans are coming together for the July 31, 2020 protests, Zanu PF misinformation machinery is now on overdrive. But lies have short legs.

In democracies the July 31, 2020 protests would be viewed just like the elections in terms of citizen engagement, not as a terrorist act as the government is insinuating. In democracies there are a plethora of activities that the citizens can use to hold their governments to account, these are elections, referendums, protests, constitution-making process among others. Such activities are enshrined in powerful symbols of democracy and rule of law worldwide such as the Magna Carta, and the code of Napoleon. The activities also manifest informally at local level.

Therefore, it is not due to the benevolence of Zanu PF and its government that sections 58, 59 and 61 of our Constitution provides Zimbabweans with the right and responsibility to demand accountability and ensure that government acts in the best interest of the people through protests. Constitutionally guaranteed rights are not tokens, neither are they privileges that are given and withdrawn whenever Zanu PF deems fit.

Contrary to the demonisation of the NGOs by Zanu PF, research has it that civil society through NGOs is instrumental in channelling citizens’ voice, the 31 July style through engaging with political parties, elected representatives and relevant actors.

Zanu PF acting spokesperson Patrick Chinamasa refers to the civil society as the evil society, but the world over, civil society is respected for its role of ensuring accountability. In the last 50 years the world has seen an exponential growth of NGOs. The presence and growth of NGOs in Zimbabwe cannot be attributed to the so-called country’s detractors. The Zanu PF narrative peddled by its gurus and their “hired” sympathisers is totally out of sync with worldwide trends.

The war veteran leader Christopher Mutsvangwa refers to the organisers of the July 31 protests as instigators. He vows that the so-called triangle of power, comprising the people, the security establishment and the war veterans is in support of the government and as a result, it will not allow the demonstration to take place. As usual he blames sanctions for the state of the economy. This so-called triangle of power is exactly what is wrong with Zimbabwe not sanctions. In democracies governments derive their authority and power from the people not from the security establishment, war veterans or some other pressure group. Zimbabweans know very well that it is the top-down diktat of Zanu PF that has brought Zimbabwe to its knees. Zimbabweans on July 31 will be demanding their freedom to hold the government to account.

Zanu PF youths have joined their government in accusing Hopewell Chin’ono and Jacob Ngarivhume of inciting the people to protest on July 31, 2020. This is a typical case of “If you want to kill your dog accuse it of having rabies”. The issue of inciting people is neither here nor there. Scholars like the Nobel laureate Amartya Sen argue strongly that participating in such an activity as the July 31 one has an intrinsic value.

According to the Economist and Philosopher Sen, participating in one’s development through open and non-discriminatory processes, having a say without fear and speaking up against perceived injustices and wrongs are fundamental freedoms that are integral to one’s wellbeing and quality of life. It is the desire to claim these freedoms that will make Zimbabweans take a stand on July 31, not Chin’ono, Ngarivhume, Chamisa or any other person. Such freedoms have been elusive for a long time to Zimbabweans as observed by Father Zimbabwe, Joshua Nkomo, in 1984 when he said “The hardest lesson of my life has come to me late. It is that a nation can win freedom without its people becoming free”.

Scholars like Mansuri and Rao state that participating in the July 31 kind of activity has an instrumental value. Engaging as citizens in such activities is seen as a means to achieving improved public service delivery, better and maintained infrastructure, social cohesion and improved government accountability etc. Zimbabweans know very well that had it not been for the rent-seeking activities of State officials Zimbabwe could still be the Jewel of Africa as the late Tanzania President Julius Nyerere described it at independence in 1980. Zimbabweans have been talking about how corruption is haemorrhaging the nation well before sanctions were imposed. In the late 1980s from Harare Thomas Mapfumo sang about the “something for something, nothing for nothing” scenario in his song Corruption. The bribery culture had taken root in our society. From Victoria Falls the group Mandebvu in its song Ndangariro talks of “vano pfurira gumbo mushuga vamwe vachidya nhoko dzezvironda”. This is in the 1980s as social cohesion was increasingly under threat.

From Plumtree in the late 1980s we heard the late Solomon Skuza in his song, Love and Scandals lamenting about corruption and the culture of unaccountability. True to the song the media relied on information leaks to expose the Willowgate scandal in which a number of government officials were implicated including the current Speaker of the National Assembly Jacob Mudenda. Zanu PF has always had a culture of tightly controlling information so that it can conceal its corrupt activities. This explains why the Zanu PF government is going after Hopewell Chin’ono for exposing the COVID-19 graft scandal among others. All those who are providing information that the public needs to hold government to account are being called names — Twitter brigades, Stooges, puppets etc. Honestly politics cannot be an art of governing men by deceiving them. No. Information is paramount for accountability.
As we entered the 1990s from Mutare Hosiah Chipanga bemoaned the amassing of wealth by those in authority creating a society of haves and have-nots in his song Taiona Moto. Even though his audiences would always roar “vapange Chipanga” those in authority have not known how to pay heed. In his song I shall not speak Albert Nyathi all the way from Gwanda spoke volumes about nepotism and intolerance. Among other things he complained about being denied “a diet of words”.

They still do not want to see this diet on the Zimbabwean menu in 2020; hence the political “malnutrition” in our country. How else can one possibly explain the recalling of MDC Alliance MPs by MDC-T. Can one ever expect robust debate in Parliament or we are heading for a rubber stamping Parliament. In view of this it is important to be cognisant of the fact that political voice is not just about “polite debate”.

The prominent UK academic Frances Stewart says the political voice often is channelled in ways that are more contentious, and disruptive. Hence the July 31 protests are such an attractive option.

The late Edwin Hama or Squatter Ambassador as the man who hailed from Gokwe was affectionately known took the music by storm with his “prophetic” songs such as Asila mali and Today’s paper.

The Squatter Ambassador highlighted the slippery slope that the country was in economically in the 1990s. The dissemination of information ranks high on the song Todays’ paper. Then the paper was the main source of information for the citizens to make informed decisions about their lives. Today Social media is more popular as a source of information and that explains why the government is going hard on those who tweet information considered unpalatable by the state.

One of coping strategies in a declining economy is to migrate to better managed economies. This is sufficiently captured by Lovemore Majaivana from Bulawayo in his song Sayiwela. Our people have been braving to cross the crocodile infested Limpopo into South Africa and further afield in large numbers. Majaivana also yearns for quality leadership of the departed War veterans. These were War veterans par excellence the one whose “straps” of sandals (or boots to be precise) the Mutsvangwas, Matemadandas and the rest were unworthy to untie.
Therefore the anti-corruption talk has been happening from Mutare to Plumtree, from Victoria Falls to Beitbridge. Nick Mangwana would like to mislead the nation into believing that the anti-corruption fight is only a Harare initiative, far from it.

The “loading” of the 31st of July 2020 protest is proving to be a coalescing of diverse Zimbabwean voices to hold the state accountable and make it responsive to our needs. The challenge that the state faces is it lacks the commitment and capacity to respond to the citizen demands. As a result it is intensifying the intimidating tactics, and grip on captured state institutions. The lack of rule of law is becoming more overt with each day that passes.
Whichever way, Zimbabweans need to be heard and they shall be heard.