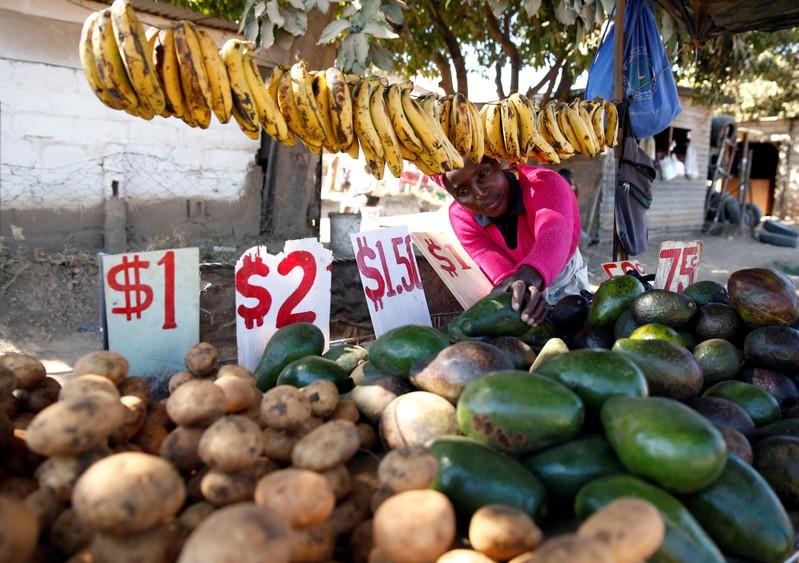 The government is running a budget surplus for the first time in years and has stopped runaway money-printing, which led to hyperinflation of 500 billion percent in 2008.

Last month, the central bank raised its overnight lending rate to 50% to protect the local currency after ending a decade of dollarisation.

Ncube, a former chief economist at the African Development Bank, also agreed to a staff monitoring programme with the International Monetary Fund (IMF) in May, under which Harare promised not to borrow offshore and to cut reliance on the central bank to finance deficits.

All that points to a government willing to break with the ruinous policies of the past under Robert Mugabe, economic analysts say. And yet Zimbabwe’s inflation has soared to its highest level in a decade, hitting an annual 175% in June.

So what is wrong?

For a start, government reforms to set fiscal discipline, which could earn future funding, include gradually ending fuel subsidies and increasing electricity tariffs to reflect costs – steps that will in the short term lead to more price increases.

Also, analysts note, more than 80% of Zimbabweans earn a living in the informal sector, from hawking fruits on city sidewalks to selling used clothes on dusty open spaces.

That sector is typically unresponsive to the kinds of fiscal and monetary policy tools used by finance ministers and central bankers to lower prices and stimulate the economy.

But arguably the biggest driver of inflation expectations in the economy is the lack of confidence many Zimbabweans have in the country’s economic polices and its national currency, said Jee-A van der Linde, an economist at NKC African Economics.

“The Zimbabwean consumer is highly sceptical over government policy, and for good reason, and trying to hammer in confidence through regulation and restrictions has historically not proven very successful,” he said.

Although former president Mugabe was ousted after a de facto coup in 2017, many doubt that Zimbabwe’s new rulers can deliver the economic change they seek because they are the same people who propped up the former strongman for decades.

Hope that the economy would quickly rebound under President Emmerson Mnangagwa quickly turned to despair as shortages of foreign currency, fuel, medicines and bread persisted.

The Reserve Bank of Zimbabwe, which put the printing press into overdrive just over a decade ago and whose hundred trillion notes marked the zenith of hyperinflation, says it will not recklessly print money.

But the bank’s governor John Mangudya acknowledged at a meeting with business leaders last week: “There is lack of confidence.”

“I don’t know why,” he added to much laughter from the audience.

Mangudya need not look far for a reason. The way authorities introduced some of the reforms added to public distrust.

The government abruptly outlawed the use of foreign currencies on June 24, saying all domestic transactions would now be in the interim RTGS currency, which was renamed the Zimbabwe dollar.

The decision, first circulated on social media, caught the market by surprise. Ncube and Mnangagwa had a week before repeated a pledge to only introduce a domestic currency at the end of the year.

On Tuesday, less than a month after ending dollarisation, the government made another u-turn, announcing that hotels in the resort town of Victoria Falls could charge guests and pay electricity bills in dollars.

“This shows that the decision to end the use of multi-currencies was rushed,” said Harare-based economist John Robertson. “Re-dollarising parts of the economy does not bode well for confidence in government policy, especially as we try to attract foreign investors.”

Van der Linde argued that official inflation figures may only now be catching up with the reality that ordinary Zimbabweans have struggled with for some time.

With so much economic activity happening in the informal sector, prices are being set based on the higher exchange rate U.S. dollars fetch on the black market, making goods and services prohibitively expensive for people paid in the local currency.

“The authorities must somehow find a feasible solution for the currency issue,” van der Linde said. “That would restore confidence.”