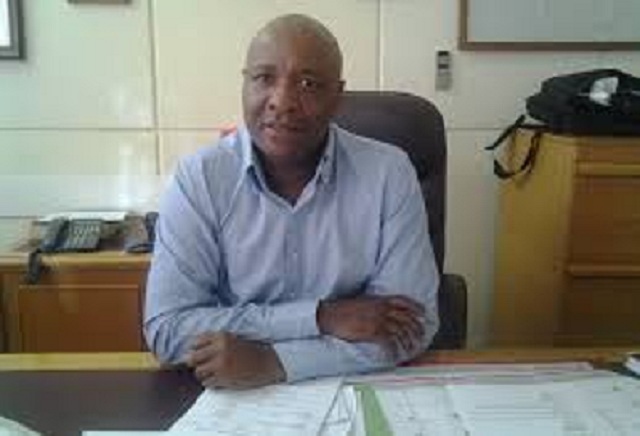 Dumisani Nsingo, Senior Business Reporter
A RAMP in production and failure to access a ready market for its coal over the last few months has seen Hwange Colliery Company Limited (HCCL) struggling to move stock piles that have accumulated to unprecedented levels.

In an interview with Sunday Business after a stakeholders cocktail in Harare on Thursday, HCCL managing director Engineer Thomas Makore confirmed that the coal mining company had accumulated huge stock piles culminating in spontaneous combustion of coal.

Spontaneous combustion of coal is the process of self heating of coal or other carbonaceous material due to auto oxidation resulting eventually in its ignition termed “spontaneous heating”.

“It’s true that we had very large stock piles because our production as we reported earlier rose to 300 000 tonnes, monthly in the third quarter therefore we accumulated a stock pile of over 500 000 tonnes so we had reviewed that position to see how we can reschedule production and minimise losses through spontaneous combustion,” said Mr Makore.

He, however, said the situation was contained with the company’s product delivery having improved.

“I think we are containing the problem, our deliveries have improved. We are delivering most of our products by rail so the situation is under control,” said Eng Makore.

He said it was important for the company to produce manageable coal volumes.

“I think we must always maintain stock pile, the question is how much. So it must not be too big for us to manage and to throttle the organisation because the volumes that we were producing were extremely high . . .

“Therefore we had to optimise our value chain upstream. So that we are able to cope with that kind of output and that’s what we are busy with so we are responding and even on the NRZ side we are getting good support,” said Eng Makore.

Further stating that: “However, we need to continue that ramp up so that as we start to produce some more we will be able to balance the entire value chain and eliminate any spontaneous combustion”.

“We have opened that two weeks in two weeks out programme for two months. At the same time we also opened the voluntary retrenchment process.

So it’s a function of the levels, the quantities of staff — the number of staff that volunteers.

“If they volunteer in numbers we can as well stop it (two weeks in two weeks out programme) this month so we are trying to balance and juggle so that the company’s recovery continues to accelerate,” said Eng Makore.

He expressed satisfaction at the interest being exhibited by financial institutions in funding the company’s recapitalisation programme.

“I think the banks have embraced our turnaround story and they have welcomed our Scheme of Arrangement as a pillar to unlock value from Hwange going forward. I think the liquidity situation in the country is also difficult for them but we are getting very good responses. A number of them have indicated that they want to extend working capital to us. So the response has been positive,” said Eng Makore.

He said the company was in the process of courting an international financial institution to fund the development of its new concessions.

“We are going to approach international banks for the development of new concessions but for working capital requirements, which is much smaller we are approaching local banks. We are finalising a contract with the successful bidder for exploration and drilling (at the new concession) and we are very close to that finalisation,” said Eng Makore.

Speaking at the function HCCL board chairperson Mr Winston Chitando praised the Government for the role it played to avert the company’s demise.

“The legacy debts were threatening to choke Hwange Colliery Company and the support by the major shareholder (the Government) in the Scheme of Arrangement modalities is a clear testimony that Government recognises that HCCL has a very important part to play in oiling the economic wheels of the nation,” he said.

Mr Chitando said the Gijima 100 Day Rapid Results Project with main focus on production and productivity improvement implemented by the company also brought with it improved performance from the second quarter of this year.

“To this effect production volumes, which have risen to around 300 000 tonnes in the mid-year are expected to top 400 000 tonnes by year-end when production at the 3 Main Underground Mine resumes,” he said.

The company also entered into two 25-year coal supply agreements, one with Zimbabwe Power Company and the other with Per Lusulu Power, an independent power producer in Matabeleland North.

“These offtakes form an anchor to the company’s sustained turnaround strategies and therefore we are confident Hwange Colliery’s future looks bright.

The company’s survival strategy going forward is to focus on lowest production cost techniques and grow the business back to profitability through high volume production above break-even point, cost reduction and increased sales volumes. We will also balance the mix of products so that it includes low and high margin products such as thermal and coking coal respectively,” said Mr Chitando. -@DNsingo