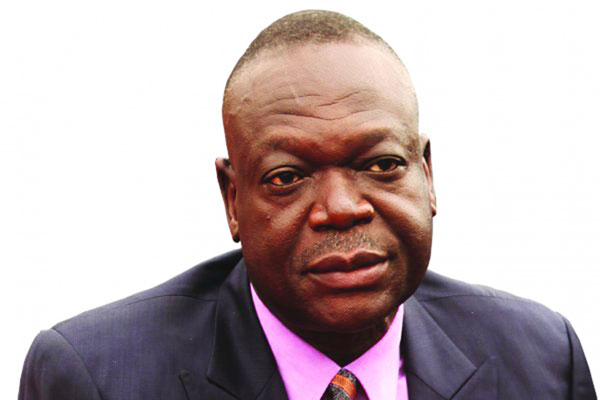 OVER 300 former black commercial farmers, who lost land during the 2000 chaotic land reform programme, say the recently gazetted Statutory Instrument (SI) 62 of 2020 was a calculated ploy by Zimbabwe’s broke government to dodge compensating for land seized.

The SI gazetted last Friday provides for the disposal of land to former indigenous commercial farmers who lost their land during the fast-track land reform as compensation.

The development comes at a time some farmers have sought a legal opinion on the matter as they weigh their options on suing the government for compensation.
Former Indigenous Farm Owners Association interim chairperson Fred Mutanda told the Zimbabwe Independent that government had a duty to compensate indigenous farmers who lost their land.

In separate legal opinions prepared by two law firms on behalf of some indigenous farmers, the lawyers argue that the SI was unconstitutional.According to the first legal opinion, the gazetted Land Disposal in View of Compensation Regulations Statutory Instrument demonstrates that government was “unable or unwilling” to pay for compensation.

“The regulations reveal — what we know anyway — and that is government is bankrupt and so much so that they are demonstrably unable or unwilling to pay compensation for confiscated properties under the guise of land reform. They cannot even make payment to the ‘watered down’ compensation for ‘improvements only’,” reads the legal opinion.

The farmers argue that compensation should also be awarded for improvements done on the land before the haphazard agrarian reforms were rolled out. This includes infrastructure on the farms at the time of seizure.

Independent evaluators have since last year been assessing the value of assets on the land.Mutanda said it would also be difficult to remove current farm holders from the properties adding that government was fully aware that the process would take time.

“Those A2 farmers have been there for the past 20 years and it is going to be difficult to remove them. Some even buried their loved ones there,” Mutanda said.
“Infrastructure was destroyed and even when you get back the farm it will be costly to replace the infrastructure. As you know that government does not have money, they will try not to pay any compensation and you are no guaranteed that you will get it tomorrow.”

The lawyers, in their legal opinion, concluded that the SI does not offer land and compensation.The two legal opinions are of the view that the SI created an imperial lands minister in Section 7(5). The SI gives the minister (Perrance Shiri is the current Lands minister) powers to make a final decision on an application for land.

The lawyers say it infringes on the rights to appeal or review in contravention with Section 68 of the constitution which provides for fair administrative conduct that is lawful, impartial and procedurally fair.

According to Section 9(1), the minister is the final arbiter. The lawyers argue that such right is specifically meant for parliament.“In any event the above provisions cannot purport to give the minister power or a right where such right is specifically meant for parliament. In terms of Section 134(a) of the constitutional parliament’s primary law making power cannot be delegated,” the second legal opinion reads.

The lawyers also argued against Section 9(2) that stipulates that the alienation of acquired agricultural land comprising only part of a farm to qualifying applicant in terms of these regulations shall be a final settlement of any claims for compensation to the extent that the application is successful.

“This — on the face of it exempts — the State from paying compensation for the confiscated land which is a precept of international customary law — which is supposed to form part of our law,” reads the first legal opinion. “It is submitted that Section 9(2) provision must be struck out as it offends basic principles of fairness and equity.”

The lawyers also queried why government was perpetuating discrimination against the commercial farmers and why it was silent on the definition of an indigenous farmer.

“These regulations reveal a continued policy by our government to perpetuate a policy of disproportionate discrimination and unequal treatment of the law for a certain class of Zimbabweans — viz so called ‘white commercial farmers’. One would legitimately expect that 40 years after independence that Section 56 of our constitution concerning ‘equality and non-discrimination’ would apply in full force,” the lawyers wrote.

Lawyers say the SI is a ploy to convince the international community that government has reformed and is now recognising the Bilateral Investment Promotion and Protection Agreements (BIPPAs) which it violated following the violent land grab.

“This, I feel is a lost cause. Government neglects or refuses to tackle the real issues of conformity with international law and for that matter our constitution which is itself flawed in various respects be undone until a new and sensible government is in place and does away with these silly laws,” reads the first legal opinion.

Although President Emmerson Mnangagwa told the world that he would not reverse the land reform during his inauguration speech, the international community has been keen to see how he deals with the protection of property rights.