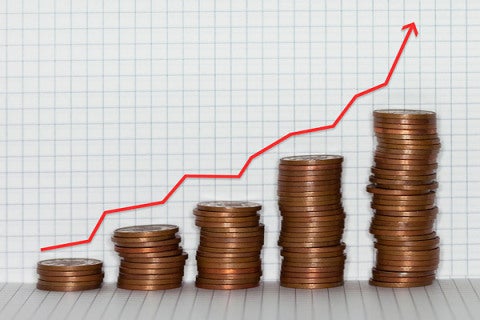 ZIMBABWE’S insurance sector is a experiencing a number of challenges stemming from currency volatility, poor policies and tax remitting burden, ravaging inflation that could jeopardise the viability of the sector if authorities do not intervene.

To keep pace with skyrocketing costs of service delivery, insurance firms have increased premiums for policy holders by up to 1 000%. Firms now risk losing business as policyholders will end up defaulting, owing to the purchasing power that continues tumbling.

This article will look at the implications of currency reforms, policy directives among other pressing issues bedevilling the insurance sector.

Following the abolition of the use of multi-currency regime and the subsequent adoption of the Zimbabwe dollar in June this year, the country’s insurance sector regulator, Insurance and Pensions Commission (Ipec) directed insurance firms to discontinue issuing policies in foreign currency in line with Statutory Instrument 142 of 2019, which introduced local currency.

To confirm that the move was not well thought, three months later, Ipec, after consulting Treasury released circular 13 of 2019 allowing existing foreign currency denominated policies to run to their natural expiry.

The insurance regulator issued a communiqué after consultations with the Reserve Bank of Zimbabwe and the Finance and Economic Development ministry.

“All new insurance policies for local assets whose risk is assumed locally should be done in local currency in line with the provisions of the Reserve Bank of Zimbabwe regulations. Existing foreign currency denominated policies shall run to their natural expiry. Policies that had lapsed as a result of SI 142 and our letter of June 28, 2019 must be reinstated without prejudice to the policyholders upon payment of arrears. Insurers should, however, provide options for the policyholders to pay premiums for running policies using free funds,” the Ipec circular reads.

In addition, the transfer of foreign currency denominated insurance premiums was supposed to be processed in the respective currency as per contract through the banking system.

As well insurance and reinsurance companies can receive premiums and retrocessions in foreign currency from external clients into their special nostro accounts.

But it should be noted that the rethinking of this policy came after three months and in the process insurance firms had lost business.

“The effect of both circulars was that insurers lost potential revenue for that time. Now it’s difficult to go back to the same clients and ask them to resume their policies.

Clients no longer have confidence in us and most of them lay the blame on insurers for this circus or confusion,” said a top insurance executive who declined to be named.

Moreover, with the Zimbabwe dollar continuously losing value, firms are being forced to review their premiums (and have done so up to 1 000%) to keep pace with the inflation rate at 440% as of October this year.

This is happening at a time salaries of the majority are stagnant, consequently leading to dwindling purchasing power. A government employee is paid $1 000 at a time an average of five persons per household require $3 160 as of October 2019, according to Zimbabwe statistics data.

Insurance players bemoan the fact that due to the use of mono-currency, insurers are constantly revaluing their sum insured to match the inflationary
pressures.

“So as I reiterated earlier, the issue of mono-currency from multi-currency regime has inconvenienced the insured in terms of insurers having to constantly revalue their sum insured to match market value so that they are adequately insured and avoid underinsurance,” said one industry insider.

The prevailing situation is likely to affect insurance penetration currently, which stands at 4,7 % .

The country with the highest insurance penetration in sub-Saharan Africa is South Africa at 15% ,while Zambia and Mozambique are estimated at 3 % and 1,3 %, respectively.

Angola and Kenya have insurance penetration at 1% and 3%, respectively, according to Willis Towers Watson report on sub-Saharan Africa insurance.

“Premiums are being adjusted on a market determined basis whereas incomes are lagging behind. We are going to see more and more people being uninsured. In these tough times, insurance goes down the priority list. It becomes a luxury when you can’t put food on the table,” Labour and Economic Development Research Institute of Zimbabwe economist Prosper Chitambara said.

An insurance broker is a professional who offers, negotiates, and sells policies.

He acts as intermediary between insurers and customers and receives compensation. Brokers also help their clients to outline risk management strategies, which are suitable for their profile

A top broker confirmed that brokers are failing to remit US dollars to insurers and insurers cannot also remit to reinsurers even payment of claims for those who were approved to place their insurance in US dollars as banks are frustrating the process, making it difficult to transfer money which complicates the entire procedure.

Apart from currency, tax has been a headache and confusion, Zimbabwe has another elephant in the room after it was placed on the Financial Action Task Force (FATF)’s monitoring (grey list) in October 2019 following lack of progress in addressing strategic Anti-Money Laundering/Combatting the Financing of Terrorism (AML/CFT) deficiencies identified in 2016.

The regulator now says it will tighten screws on the industry players, which will see it reviewing licensing of insurers to include AML/CFT requirements while guidance papers on the issue will also see mandatory use of proposal form to identify natural persons among all policyholders.

The consequences are deadly should the country be downgraded to dark grey or black list.

Other consequences for non-compliance include removal from international payment platform through termination of correspondent banking relationships in fear of regulatory fines for dealing with non-complying entities.

Government has pegged prescribed asset ratio at 10%. Prescribed assets are the percentage of retirement funds’ assets and possibly of other institutional investors that, by law, have to be allocated to certain government-approved instrument.

All funeral assurers continue to be non–compliant with the minimum prescribed asset (PA) ratio of 10%.

This comes as in the pensions sector the prescribed asset ratio as at June 30 2019 was 7,25% and was lower than the 10% regulatory minimum.

In the period under review, only one out of 18 short-term insurers was compliant with the minimum prescribed asset ratio of 10%.

The low PA ratio is testament that insurance firms have low appetite for government paper.

If the instrument is paying less its unfair for insurance firms to invest in them. These firms need a return from their investments,” economist John Robertson (pictured) said.

Pending the implementation of a new compliance assessment framework, Zimbabwe integrated capital and risk project to be effected mid-2020, latest figures from the regulator show that some insurance firms are hanging by the thread.

Risk-based capital framework does not eliminate minimum capital requirements, but promote consistent and comprehensive disclosures by entities for the protection of insurance stakeholders and policyholders.

It will remain to be seen whether firms will be well capitalised to meet the new thresholds.

Already, as of June 30, 2019 data from the regulator shows that five out of the nine funeral assurers reported capital positions above the regulatory minimum capital requirement of $2,5 million based on their unaudited financial statements.

“The dollar is devaluing. The insurance sector in Zimbabwe is in difficult circumstances because the turnover volumes are going down. Wages are not going up. Many insurers will not find revenue to maintain the services. While some are offering US dollar packages, but many consumers are not earning the US dollars. So it’s difficult times for insurance sector,” Robertson said.

Lack of confidence continues to haunt the country’s insurance and pensions industry caused by the erosion of policy holder accounts due to the conversion of value from Zimbabwean dollar to the United States dollars during the February 2009 period.