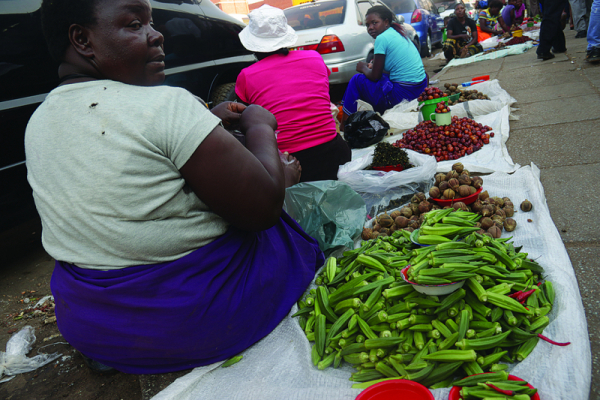 THE informal sector in Bulawayo has contributed more than $13 million to council coffers through licence fees and rentals during the first six months of the year, Southern Eye has learnt.

The latest Bulawayo City Council (BCC) minutes state that the figure is likely to increase to over $100 million if revenue collection is intensified.

The local authority is also planning to sign memoranda of understanding (MoUs) with many informal traders associations (ITAs) to harness their contribution.

Bulawayo is dominated by the informal sector following a decade of chronic deindustrialisation which saw over 100 firms — mostly in the manufacturing, textile and clothing sectors — closing down, leaving thousands of workers jobless.

Efforts have been made to revive industries in Bulawayo, but with little success.

Currently, local industry is operating below 30% capacity due to the absence of affordable long-term capital for retooling, an influx of cheap imported products, and ageing equipment coupled with COVID-19 disruptions.

“The informal sector is a reality that cannot be wished away. In Bulawayo, the informal traders contribute significantly to the local fiscus, having contributed over $13 million during the first six months of the year so far,” the minutes read in part.

“When all the systems are put in place, informal traders have the potential to contribute over $100 million through licensing and rentals. Therefore, there is need for a workable framework that will set a fair, conducive and mutually beneficial operating environment.

“Part of this could be achieved by having a clear MoU between council and the informal traders associations (ITAs) in Bulawayo.”

It is estimated that between 80% and 90% of Zimbabweans are engaged in informal economic activities and that the sector, which is also linked to supply, accounts for 40% of Zimbabwe’s gross domestic product, according to studies.

The local authority said the MoUs would provide a framework that supported sustainable informal sector management and co-ordination.

“It will save as commitment between BCC and ITAs pursuant to the International Labour Organisation recommendation number 204 of 2015 of setting the right platform for transition from the informal to the formal economy.

It said donors such as the European Union and other organisations were reluctant to support informal traders and local authorities without MoUs in place.

The list of struggling companies includes the National Railways of Zimbabwe, Cold Storage Company, Merlin or Merspin, Marvo Stationery, Wetblue and Rubber Products Manufacturers, among others.