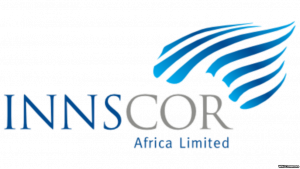 HARARE – In a move, which could stifle the growth of small businesses and which is also a slap in the face of President Mnangagwa’s open for business mantra, the Competition and Tariffs Commission (CTC) has blocked Innscor Africa from acquiring a 49% shareholding in Profeeds (Private) Limited and Produtrade (Private) Limited.

In a letter to Innscor’s investment vehicle, Ashram Investment (Private) Limited, dated May 21, 2020, Competition and Tariffs Commission director Ellen Ruparaganda said the merger involving Profeeds, Produtrade and Ashram be prohibited and that Ashram divests from Profeeds immediately.  A penalty amounting to $40.59 mln being 6.43% of Innscor’s turnover for 2018 be imposed on the entities for contravening the merger notification provisions in the Act.The reasons for the penalty are not given in the correspondence but the quoted section says that if notifiable mergers do not meet the requirements set out in the Act then the Commission (using Section 34A) can impose a penalty which does not exceed 10%  of either or both of the merging parties’ annual turnover in Zimbabwe.

Last year, CTC launched an investigation into the proposed acquisition of Profeeds and Produtrade Pvt Limited by Innscor’s investment vehicle Ashram Investments Pvt Limited after receiving notification of a merger. The Profeeds issue has been under on and off investigations for just over six years.Profeeds and Produtrade were established by the Philp brothers in 2007 but because of the need to capitalise and expand its operations, Innscor bought shareholding in the business and has since grown it exponentially and that would make divesting not only complicated but retrogressive in the process exposing Zimbabwe’s unattractiveness as an investment destination.

The objective of competition law under free markets is to serve public interest while also balancing with economic efficiency. In cases where the two conflict one would expect the Commission to be practical and consider what would be the best interest for the country: its public and its economy. The Commission should protect business against anti-competitive practices without stopping good business sense especially at a time when offshore funding is quite limited.

Economies are not grown by stifling the growth of big business but by providing small business the environment to access capital. The stockfeed industry is currently sitting at 70% of average annualised production of 200 000tonnes. This makes it small in comparison to South Africa which averages 3.5 mln tonnes a year. In 2018, CTC blocked NatFoods plan to merge with Profeeds under a structure that would have created African Feed Mills.CTC also blocked the acquisition of Innscor’s 25% shareholding in Capri by Annunaki Investments. CTC said it blocked the transaction using the deep pocket theory of harm. According to the Commission, Capri is a dominant player in the relevant market and is owned by Innscor, a deep pocketed conglomerate company. “The acquisition of Capri by Annunaki gives another deep-pocketed company SSCG Holdings, control over Capri, which would further enhance Capri’s financial position in the relevant market…

“…The Commission therefore established that there was a possibility of Capri gaining financial strength to the extent of being in a position of engaging in predatory pricing. This in turn restricts entry of new players in the market, hence substantially preventing or lessening competition in the market.” Annunaki is however an Innscor-linked investment vehicle.  The Commission penalised Innscor just under $850 000 for the Capri transaction.

Innscor said it was still to come up with a position on the matter, but it would respond at the appropriate time.