INVESTIGATIONS into the deal signed between government-owned Lancashire Steel and Whinstone Enterprises, a Botswana registered Indian firm, expose an underlying plot to 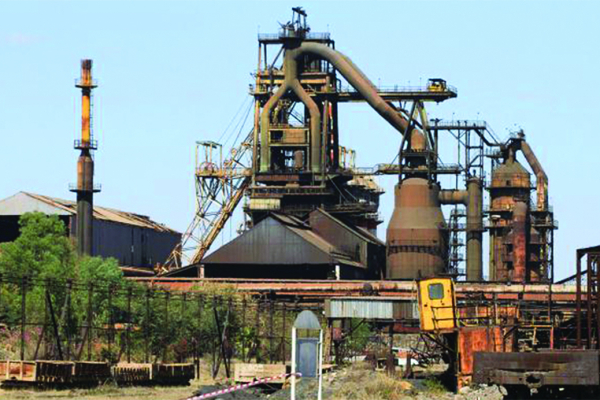 Sources say the deal, which has been roundly opposed by management and is reportedly being pushed by board chairman Ngwabi Bhebhe, gives Whinstone Enterprises unfettered access to scrap metal and pig iron held at Ziscosteel, which they can export and then use the proceeds to ramp up production at Lancashire Steel without injecting any capital.

It’s not clear where the scrap metal will be exported to.

Lancashire Steel, on its part of the deal, has to secure export and import permits for scrap metal and assist Whinstone Enterprises in arranging the sale of scrap metal.

“To secure scrap export and import permits and to assist in facilitating scrap export by a minimum of 3 300 metric tonnes per month, which may increase in terms of the capacity utilisation,” part of the deal reads.

Lancashire Steel is also mandated to secure raw materials for production at its plant as part of the deal while allowing that all raw materials imported into the country do not attract any duty.

Insiders said these clauses give Whinstone Enterprises access to raw materials held by Ziscosteel, the holding company of Lancashire Steel.

“You will know that Ziscosteel owns Lancashire Steel, therefore, the provision of raw materials will mean all scrap and pig iron that is still at Ziscosteel is accessed by Lancashire Steel for the benefit of Whinstone Enterprises, even if they are not obliged to pay a single dollar,” an official, who declined identification, said.

Last year, Ziscosteel was awarded the biggest exporter award in Midlands by Zimbabwe National Chamber of Commerce, mainly for its scrap metal exports, which ran into millions.

The deal, which does not require any capital injection from its foreign partner, but only obliges it to raise the steelmaker’s capacity utilisation, is giving management headaches.

“Whinstone Enterprises shall automatically become entitled to 50% equity value of Lancashire Steel after achieving plant capacity utilisation as follows: end of year one 40%, end of year two 60%, end of year three — 80% and end of year four and five above 80%,” part of the deal also reads.

A highly-placed source said Whinstone Enterprises owner, Ranvir Kumar Verma, who is facing corruption investigations in Botswana, wants to use money from scrap metal to ramp up production at the company. Officials say he has failed to fund basic maintenance work at the plant and is reportedly trading money on the black market and paying bills using mobile transfer platform EcoCash.

“Zesa came and inspected transformers and cables and recommended that a contractor be called in to test oil regenerative strength and levels. Three companies were called in to do the testing and a bill of $7 000 was raised by the contractor. When the quotation was forwarded to the ‘investor’, he said the money is too much, hence he will use a generator. When pressed further and asked the implications of letting the cables and transformers rot, and the cost of replacing the same, he then said he will pay, he changed some money on the black market and paid 50% of the bill over a period of two weeks via Ecocash,” the highly-placed source said.

Acting managing director Ezekiel Machingambe confirmed that Whinstone Enterprises, indeed, paid for the servicing of the transformers, but said he was unaware of the payment method.

“We did service the transformers and the contractor was paid by Whinstone Enterprises, but I don’t know how the payment was done,” he said.

Machingambi said although they were working with Whinstone Enterprises for the first time, they were hopeful that the deal would be executed in good faith.

“It’s not like we know these guys, but the terms of the deal which were made to us sounded sensible and we don’t want to cast doubt on this deal. We are working to ensure that it turns around the company’s fortunes,” he said.
Whinstone’s Deepak Verma told NewsDay that his company was committed to reviving the steelmaker.

“Power is (now) connected at Lancashire after the efforts and works done by Whinstone. But we must all be aware of the fact that something that is closed for seven to eight years cannot just come live in two to three months,” he said in an email.

“Suppliers, facility providers have their schedules and they are only starting to engage with us now, as they also need assurances that someone is committed to bring back Lancashire.”