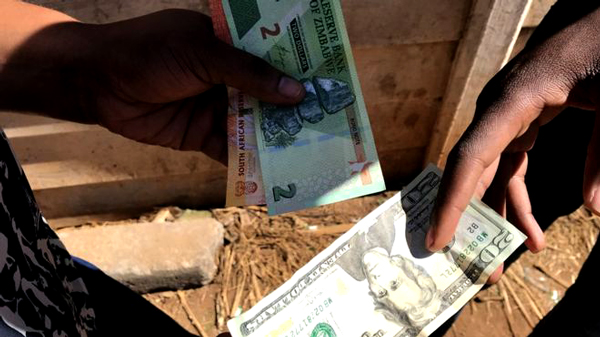 IN its 34nd week of trading on the interbank market, the local unit pared against the US dollar, reversing prior week’s marginal gains. At 0,45%, the current week’s interbank market loss was the third worst performance since August 2020.

The other two worse off performances within that scale fall within the past three weeks. The sustained exchange rate pressure and wider losses, in the most recent weeks, represents growing instability. For a background, following its resumption in late June of 2020, the interbank market progressed on a volatile note paring against the United States dollar (USD) with wider losses.

The Zimdollar, however, went on largely to trade stable against the USD over a period stretching 21 weeks between mid of August 2020 and late January 2021.

Since late 2020, we began questioning sustainability of the stability experienced on the interbank given some observations within and outside the market.

First was the widening variance between the interbank rate and the parallel rate. As can be noted in the chart at the bottom left of the report, the variance has widened from a premium of 23% in October to 45% in February.

The parallel rate premium is now seen moving towards the peak June 2020 levels of 48%, that is around the time just before the interbank market was unveiled.

On the outlook, holders of forex are disincentivised to participate on the interbank, thus reducing the long term supply of the hard currency. The real challenge becomes that of trusting the interbank market where variances between the two markets are widening beyond acceptable thresholds as has happened in the past and now worryingly recurring.

The implication of lower accepted bid moving ahead of the lower bid is that a fraction of demand would go unsatisfied. So the latest variance shown above depicts a scenario where some of the demand is now being unmatched.

However, in the latest trading session, the lower bid moved to catch up with the lowest accepted bid, thus closing the gap. With higher bids, both on the lower and higher end and a stable USD supply, the weighted average exchange rate was poised to move upwards.

In the week under review, a total of US$35,65 million was allotted, which satisfied almost 100% of demand. The level of allotment for the current week was above the two months average of US$33,1 million, although it is not the highest allocation to date. This figure deduces to an average of US$7 million forex utilisation per day for the country (five days).

This figure is three-fold below the average daily export receipts figure of US$21,1 million, based on external trade data for the second half period of 2020.

Topping an additional US$4 million, in respect of the average daily remittance inflow (2020 average), the daily buffer margin increases to US$18,1 million.

Adding remittances to the export figure would result in a net positive forex inflow figure, but it would require a reconciliation of the Balance of Payments position at the end of the year to have a more accurate position. In the Balance of payments position, for example, it would reflect how much would have been paid out as dividends, income, debt repayment etc, items not contained in the imports figures.

These items equally inflate the net outflows position and over the past 10 years, the net position has largely been adverse.

In recent weeks we have learnt that the country has acquired facilities upwards of US$1 billion from regional lenders since 2019, with average interest rate of about 7%.

This deduces to about $70 million in annual interest payments. Given that the external debt position of the country is between US$8 billion to US$10 billion, and assuming we are servicing even 25% of the total, annual repayment outflows would gobble the country’s entire remittance inflows. This completely changes the face of Balance of Payments position.

The US$7 million currently being traded is way off the US$22 million demanded for total imports. Part of the variance is accounted for through the observation that some imports are directly made by exporters, thus netting off their forex positions without going through the interbank. The same would also hold for the RBZ.

We are of the view that after factoring the above items, there is room for some demand to go through the parallel market due to forex supply gaps, given the narrow variances in supply and demand. Likewise, frequent volatility in ZWL money supply in recent month, as shown by a spiking base money supply could also create a ZWL liquidity glut over a very short period, thus driving demand for parallel market forex up and consequently impacting the exchange rate. These challenges are further exacerbated by potential forex liquidity management shortcomings by authorities.

Newer Post
Zimdollar to weaken after lockdown
Older Post
Robert Mugabe did it, why can’t I did it too?