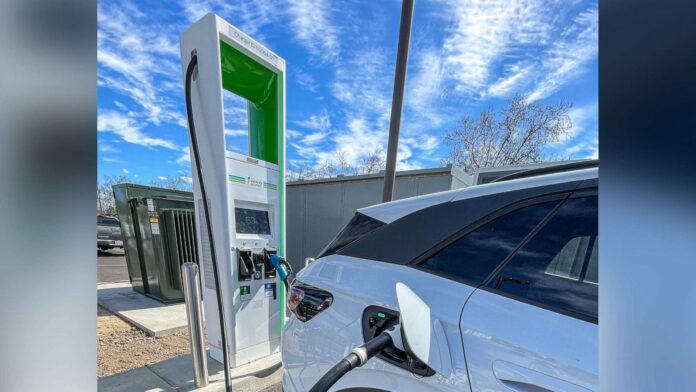 BY TATIRA ZWINOIRA
“IT’S peaceful. It’s relaxing. It’s a relief, honestly,” Quora user, Cyrus Ramsey, said as he responded to the question how it felt to drive an electric vehicle (EV).

Quora, an American social question-and-answer website based in Mountain View, California, allows users to respond to questions like Ramsey did about driving electric vehicles.

“Everyone assumes it will be weird, but it’s really not,” Ramsey continued.

“There’s still plenty of noise — the tyres on the road, the wind rushing around the car — but it doesn’t call attention to itself like engine noise does. You can have your music at a fairly low volume, even at freeway speed, and still hear it clearly. There’s no vibration, either (except what you get from the road itself),” Ramsey added.

According to Ramsey, when an electric car driver puts their foot down while driving, there’s no grumbling or hesitation from the car — you just go faster, immediately.

The amount of acceleration is directly proportional to how far you push the pedal as you have much more precise control than in most gas cars, and the response is instant.

“Not to mention the sheer torque — it leaps off the line much quicker than a gas car, and the feeling is even weirder (until you get used to it, which happens pretty quickly) because there’s little to no noise accompanying that motion,” Ramsey said.

“Sometimes you’ll hear a very faint high-pitched whine from the motor, but most of the time, you won’t notice it.”

He ends by stating: “This is said a lot, but it’s true: once you drive an EV, you’ll never want to go back to gas.”

How do EVs work?
An EV is defined as an automobile that is propelled by one or more electric motors, using energy stored in batteries.

“In a nutshell, you have a battery, a motor, and controller, then boom, the car moves,” Zimbabwe Energy Regulatory Authority (Zera) senior engineer Sam Zaranyika said.

To date, there are three types of electric vehicle batteries.

These are PHEV (plug in hybrid EV) and fuel cell EV.

Research by Zera shows that there are three levels of charge for electric vehicles.

There is also the 240 volts AC, 16-40 Amps, 3,3kW 7kW with a charge time of up to eight hours with the EV’s on-board inverter also converting AC power to DC power.

However, with this one the electricity by-passes the AC/DC inverter and is fed straight into the battery.

Once charged, a typical EV has a maximum real-life range of an average 360km.

It is highly dependent on ambient temps.

“An equivalent internal combustion engine (ICE) vehicle would have used some US$4 200 worth of fuel (not to mention maintenance costs) to cover the same distance, thus making the EV much cheaper to run,” he said

“The overall measured efficiency of the EV is 0,17kWh (kilowatt hour)/km which correlates to the 0,18kWh/km given in the user manual — 60km/litre for an ICE.”

Following tests by Zera, benefits of an electric vehicle were identified as a reduction of urban air pollution, decarbonisation of transport, a reduction on dependence on foreign oil (fuel accounts for 25% of Zimbabwe imports), and energy security and dependence.

Another benefit found was cost reduction through EV batteries.

The EV was also found to be energy efficient, with strong acceleration and smooth operation.

It has reduced maintenance and running costs, and saves on domestic energy usage by as much as 25%.

Demand for EVs externally and locally
According to the International Energy Agency (IEA), an international organisation working with countries around the world to shape energy policies for a secure and sustainable future, EV sales reached a record three million in 2020, up 40% from 2019.

“After a decade of rapid growth, there are now over 10 million electric cars on the road, representing about 1% of the global car stock,” part of a November 2021 tracking report on electric vehicles read.

Early market data for 2021 sales suggests rapid growth in major markets, according to the IEA.

“One of the critical things we need to note, as Africans, is to make sure we are not just selling our natural resources and not benefiting from some of the technology transfer that is going on in the sector,” said Shantha Bloemen, a representative from local firm Mobility Africa, a company providing low-cost quality renewable electric tricycles, bicycles and small-scale vehicles built for a rural environment.

Bloemen was referring to lithium, the main source of EV batteries.

In Zimbabwe, the country has a potential to generate 2,65 million tonnes annually from two of its biggest mines, namely the Bikita and Arcadia mines. Using today’s prices of US$78 180,02 per tonne, and projected demand for EVs, the country is sitting on a mineral worth over US$200 billion.

Yet, government has overseen the sale of these two mines and other smaller mines to Chinese firms for just over US$610 million.

Thanks to EV global growth, in May 2020, Zimbabwe’s motorists were introduced to its first electric vehicles through a fleet of new vehicles from the local ride-hailing firm, VAYA Africa.

“If you look at the VAYA taxis, the green little ones, all those are EVs (electric vehicles),” Zera chief executive Edington Mazambani told this paper on the sidelines of conference.

“If you go to CMED, they have got quite a number of shuttle buses which are EVs. They also have some taxis which are EVs and us the regulator (Zera) has also got one.”

He said the EV population was increasing locally.

“We have got a company with a distributorship here in Zimbabwe, distributing Chinese built EVs. I think there are also some direct imports which are happening,” Mazambani said.

Why EVs and not traditional vehicles
EV usage comes at a time when over the past several years, Zimbabwe has faced severe fuel shortages caused by the challenges in securing foreign currency to import petrol and diesel.

EVs have the added advantage in that they can address fuel procurement challenges related to foreign currency.

And the number continues to grow.

In 2019, an average of three to four and two to three million litres of diesel and petrol, respectively, was required daily, according to the Energy and Power Development ministry.

Due to this demand, government has since liberalised the fuel sector and permitted fuel operators to charge motorists for the precious liquid in US dollars, allowing operators to source their own foreign currency to import it.

Thus, one challenge of increased demand for fuel from the growing national vehicle population has been an increase in emission of carbon dioxide, a proven significant contributor to air pollution.

“I will say for what (EV charging ports) we installed at our three offices, Harare, Mutare and Bulawayo, the total costs was less than US$1 500. These were just to install the charger,” Mazambani said.

“But, what we want to encourage the industry to do so that we totally decarbonise the motoring environment is that we need installation of renewable energy like solar on the rooftop of services stations. That will then require investment of US$2 500 to US$3 000 per charging port.”

According to Zera’s website, as at the end of 2020, there were 733 retail fuel outlets in the country.

Zera prepares to release regulations for EVs by mid-year

With the slow increase in the number of EVs, Zera announced that by mid-year, it would release new legislation and regulations to promote EVs.

The energy regulator’s proposed EV regulations seeks to promote the use of these cars.

Mazambani said EVs were a new area Zera was venturing into and as a result, needed a framework to guide the types of vehicles that would be accepted in Zimbabwe.

He said they were proposing to release the regulations by mid-year.

“It will speak to the types of infrastructure we are going to install in the country in terms of providing systems, the type of maintenance that is going to be required. The maintenance of the vehicles requires so much skill that people who are selling these vehicles are supposed to be certified, so we need to come to you with a framework of the certification process of the people who are going to be servicing these vehicles,” he said.

Mazambani added: “The other thing is to also then get in touch with emergency service providers. When an electric vehicle is involved in an accident, the rescue operation is different from that of a normal vehicle”.

The National Renewable Energy Policy launched by President Emmerson Mnangagwa in March 2020 promotes the use of green energy, with EV usage being considered useful in that regard.

Newer Post
ChiTown gets AfDB help, but has no engineer to implement works
Older Post
SA stands its ground on illegal immigrants crisis
Advertise with us