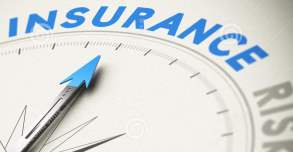 HARARE – The Insurance and Pensions Fund (Ipec) has finally ordered the
liquidation of Apex Corporation Pension Fund. The fund is part of Apex
Corporation were the former Zimbabwe Stock Exchange (ZSE)-listed company
was placed under provisional liquidation due to viability challenges after
failing to attract new investment while under judicial management in 2013.

In a government gazette, commissioner of Ipec said independent consulting
actuary David Mureriwa has been appointed liquidator of the fund. “Notice
is hereby given that Ipec has approved the liquidation of the Apex
Corporation Pension Fund in terms of Section 10(1)(a) of the Pension and
Provident Fund Act (Chapter 24:09) and Section 9.2 and 9.3 of the rules of
the Apex Corporation Pension Fund as at October 31, 2018,” the February 22
gazette said.

For Apex Corporation, creditors presented claims worth over $7 million,
among them POSB which is owed $1 million, Infrastructure Development Bank
owed $1,2 million, TelOne, $61 000 and Interfin Bank and NMB Bank whose
amounts were not disclosed.

Provisional judicial manager, Reggie Saruchera of Grant Thornton told
creditors that the company had a net asset liability of $2,6 million while
its liabilities were at $11 million. In 2016, the liquidation process
suffered a setback after there were no bidders for its commercial
properties at an auction held.

The company had 11 buildings which were being auctioned to raise money to
settle the debts. It was estimated that the company would raise about $9
million from the sale of the properties.
Apex Pension Fund is Phoenix’s major shareholder with a 46 percent stake.

The foundries and engineering group disposed of its non-performing
business units among them Phoenix Consolidated Industries, to clear the
contingent liabilities of $10 million.