Source: Is the 2021 National Budget pro-poor and pro-growth? – The Zimbabwe Independent 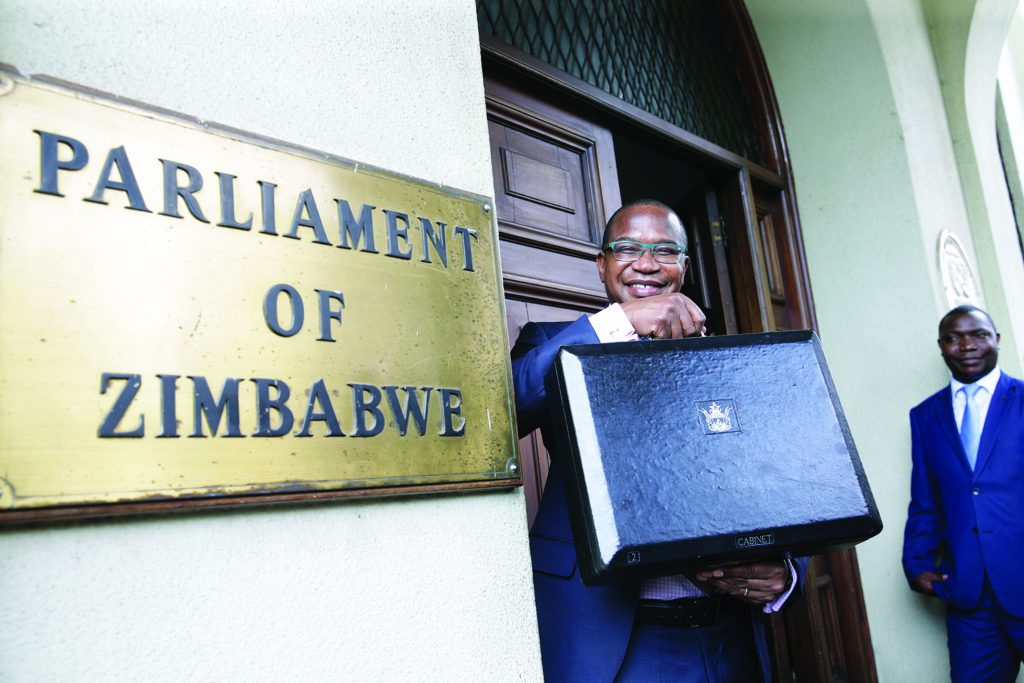 A PRO-POOR and pro-growth budget can be defined as a budget that is citizenry-based, aimed at poverty reduction; a budget incorporating a focus on inclusive growth, with an emphasis on ensuring non-discriminatory participation in the growth process by large segments of the population (Alexander 2015).

Poverty and economic turmoil have been persistent in Zimbabwe and the Covid-19 pandemic only compounded the problem leaving the majority of the population much more vulnerable hence the importance of a people-oriented budget.

The recently announced 2021 budget should be analysed through the lenses of pro-poor and pro-growth perspectives.

The national budget is anchored on the National Development Strategy 1 (NDS1), running from 2021 to 2025. It is understood that the NDS1 aims to consolidate and advance stabilisation and supply strides made under the Transitional Stabilisation Programme (TSP) and further give the economy momentum for faster growth, with the capability to create jobs, increase economic resilience and create a more competitive economy.

The government has forecast an economic growth of 7,4% which has raised many eyebrows considering the Covid-19 pandemic after-effects and even forecast effects as well as the global slow-down in growth and productivity.

The budget also projects growth of formal employment with about 150 000 jobs and the Gross National Income (GNI) per capita is expected to increase to US$1 835 from current levels of US$1 156. The projections still leave more to be desired considering the gap that needs to be covered as the majority of the population are still living under the Poverty Datum Line (PDL), last recorded at ZW$17 244 (US$211) in September 2020.

The Covid-19 pandemic led to internal movement restrictions which directed to a sharp decline in income-earning activities for those operating in the informal sector.

While most poor households affected are those engaged in minor trade and other forms of informal activity in urban areas, rural households are also affected, including farmers who face difficulty selling products due to transportation and market operation restrictions.

The deteriorating economy and consecutive droughts were already affecting the livelihoods of the population and the Covid-19 pandemic and measures implemented to prevent the virus’ spread further exacerbated an already weakened economic situation.

One important attribute to a pro-poor budget is increased social protection. According to WFP, social protection can help people address the risks they face, such as poverty, social exclusion, inequality, food insecurity and protect the most vulnerable from shocks and stresses throughout their lives. Social protection systems typically include social assistance schemes — predictable and reliable transfers of cash, food, or other goods, as well as subsidies and service fee waivers for vulnerable groups.

Every country in the world has at least one social assistance scheme in place. Zimbabwe’s 2021 national budget towards a social protection to all vulnerable groups, in total, has an allocation of ZW$6,9 billion (US$793 million) to the Ministry of Public Service, Labour and Social Services, which is 1,64% of the budget down from the 2020 percentage share of 4,3%.

This may be worrisome considering that a lot of livelihoods had been affected by the pandemic and the general economic climate in the country. The contribution may not cover the much-needed social vulnerabilities the country is currently facing
There is, however, awe-inspiring evidence of the positive impacts of social protection on household productivity and labour market participation in developing countries.

Social protection includes productive programmes and those primarily protecting consumption. Both types promote investment in and diversification of livelihoods and employment. They also improve prospects through investment in better nutrition and access to health care and education.

According to a policy paper published by the Australian government, in the face of shocks, or the loss of employment, social protection plays an important role in limiting the need for negative coping strategies that can reduce growth, such as selling productive assets and removing children from school.

Social protection has positive impacts on growth at the local level through the multiplier effects of increased local consumption and improving labour market outcomes.

The impact of social protection on gross domestic product is often insignificant in low and middle-income countries but likely to be positive if programmes are at scale.

Social protection is an effective tool that allows governments to bring about other economic reforms that have positive effects on economic growth, such as a reduction in inefficient commodity subsidies.

The new budget has seen the government taking on board some of the citizens’ submissions by allocating a budget on non-exclusion of pregnant girls in schools and to ensure observance of this provision, psychosocial support will be enhanced at schools and an allocation of ZW$123 million (US$1,5 million) has been set aside. Overall, an allocation of ZW$55,2 billion (US$675,6 million) is being provided for the Ministry of Primary and Secondary Education Budget allocations from primary and secondary education have been maintained at 13%. The government, however, would need to set out practical plans on returning teachers to schools after the strike by teachers.

According to the budget anchoring on the country’s resilience to deal with health crises through stringent Public Health and Social Measures (PHSM) as noted by a survey carried out in August 2020, the 2021 National Budget states that it will increase the allocation to the health sector so that it gravitates towards the Abuja target of 15% of National Budget to ensure the country achieves the desired health outcomes. In this regard, ZW$54,7 billion (US$669,5 million), which is 12% of the budget hence still not yet at the Abuja target for Ministry of Health and Child Care allocations. Some of the interventions to the sector include recruitment of additional staff members and refurbishment of hospitals.

Looking again at the Covid-19 pandemic, which also has adverse effects on the health sector, the low testing rate can question the true spread of the virus which is likely greater than that recorded. And recently there has been a surge in the recordings of the population actually tested, at the same time access to health services has reportedly decreased due to labour shortages.

Turning to taxation, which is an important source of revenue for the state, the government still holds the 2% tax on transaction.

However, the government has reviewed the tax-free threshold from the current ZW$300 (US$3,60) to ZW$500 (US$6,11) and the maximum tax payable per transaction by corporates from the current

The government is also exempted from tax, the transfer of Zimbabwe Manpower Development Fund training levy, calculated on the gross wage bill. As part of measures to support job creation, the government availed the Youth Employment Tax Credit through the 2020 National Budget, which is a good initiative.

The budget also states that the government, therefore, stands ready to support such companies through the Youth Employment Tax Credit.

The government should be applauded for incorporating pro-poor strategies in the 2021 national budget and also putting on board some of the citizens’ voices from the public hearings.

However, there is still a gap to be filled. The issue that is left is on the actual implementation of the budget in the face of the current situation on the ground. One of the most important attributes that will promote the successful implementation of the fiscal policy is increasing the efficiency and effectiveness of existing pro-poor and pro-growth expenditures.

Given the overall low level of social protection, education and health spending in Africa, making existing expenditures more efficient within the existing resource envelope, offers only a limited opportunity to increase programme coverage.

Nonetheless, efficiencies are possible. Better targeting can have a greater impact on poverty for a given level of funding, although the possibility of targeting social protection initiatives will be shaped by the political economy.

Enhancing the productive aspects of social protection programmes (for example, by reforming food aid to include cash transfers and increasing the quality of public works) can also increase poverty reduction for a given amount.

Increasing the number of domestic resources allocated to social protection and mobilising external assistance continues to be necessary for the medium-term until the economy has fully recovered to cover the gap that still exists.

Mapungwana is a development economist, women economic empowerment and business analyst. This weekly column is coordinated by Lovemore Kadenge, an independent consultant, past president of the Zimbabwe Economics Society and past president of the Institute of Chartered Secretaries and Administrators in Zimbabwe