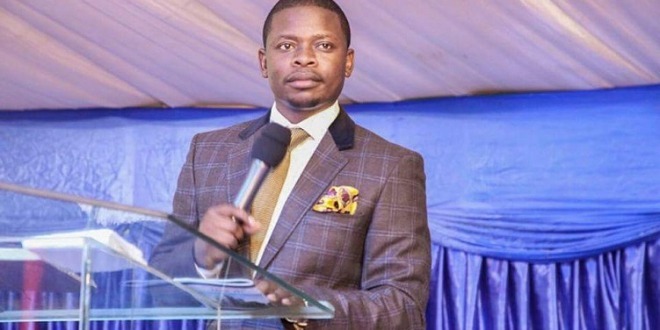 Cape Town – The South African government has confirmed that it has made a formal request to the government of Malawi for the extradition of fugitive pastor Shepherd Bushiri and his wife, Mary.

“Given our sound and healthy diplomatic, strategic and political relationship, and our common citizenship of the SADC community, we are convinced that the Republic of Malawi will honour the letter and spirit of every provision of their International and regional obligations” Justice Minister Ronald Lamola said.

The couple fled South Africa after being released on bail early last month.

The self-proclaimed prophet and prophetess are facing charges charges of theft, money laundering and fraud relating to an investment scheme.

They were released on a R200 000 bail each in the Pretoria Magistrate’s Court on November 4, following their arrest in October.

Their bail conditions stipulated that they were allowed to travel within Gauteng and North West only, until the case was finalised. The couple own a hotel in Rustenburg in North West.

The prosecuting authority in Malawi last week filed an appeal against the unconditional release of the charismatic preacher and his wife. The case was heard on Tuesday.

Lilongwe Magistrate Viva Nyimba ruled last week that the couple’s arrest in Malawi was illegal as there was no arrest warrant issued by the Malawian authorities. The magistrate ordered their unconditional release.

Malawi police arrested them on a warrant received from Interpol.

The state wanted the couple to remain in custody for 30 days while waiting for the extradition request from South Africa.

Bushiri has said he fled to Malawi because he feared for their lives and that they would not get a fair trial presided by white court officials and investigated by corrupt white police officers.

He demanded that the prosecuting team and the investigating officers be removed and for South African authorities to assure his safety and not revoke his bail.

However, Bushiri’s bail has been revoked and warrants of arrest issued. He has also lost his opulent house in Centurion, Pretoria.