Is WWE Beast Mtawarira’s next move?

Source: Is WWE Beast Mtawarira’s next move? – The Zimbabwean 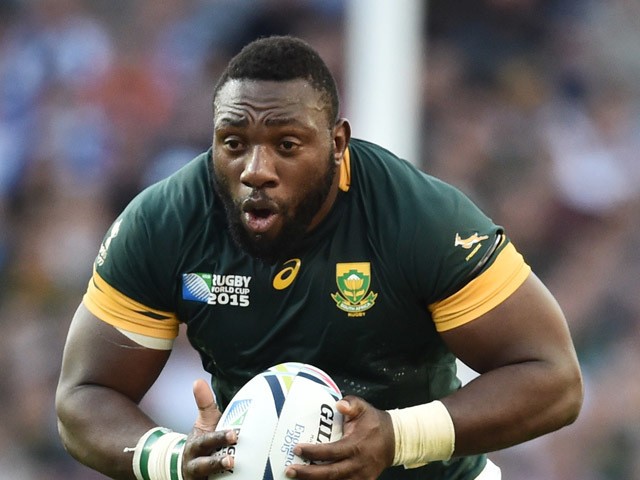 “There he is, the Beast!” is how Kofi started the chat with Mtawarira, pointing out that he was excited to get the opportunity to speak to another African star based in America and whose journey to success has been similar to his. The two stars had the conversation to celebrate each other’s sporting achievements, a year since Mtawarira joined US Major League Rugby side, Old Glory DC.

The stars have had similarly-timed moments of success, both achieving their championship dreams in the same year, 2019, while representing two nations. Kofi is a Ghanian-born American professional Wrestler in WWE, and Beast is a Zimbabwean-born South African rugby player.

Beast spoke of his interest in WWE after Kofi acknowledged that some of his fellow Superstars actually started in Rugby. The WWE Superstar asked if Beast would one day consider stepping into the ring, because his name and body type would be perfect in the WWE Universe. The rugby player responded that he has been a fan since he was young and it would be an amazing experience, given the fact that he looks up to WWE legends like Hulk Hogan and The Rock. “To actually get the opportunity to come to the WWE, even on a once-off appearance, I would be so excited. Let’s see what happens man, maybe you can open some doors!” Beast responded. Springboks captain, Siya Kolisi questioned his former team mate’s chances of WWE success by commenting “Kofi will fly kick your a**.”

Kofi then advised Beast on how he could potentially prepare for a WWE appearance, vowing to do what he can to make it possible.

The discussion also included similarities in their individual journeys, as they both left their home countries at a young age to find success.

Besides being a Rugby World Champion, Beast is a Castle Lager Rugby Championship  winner (2019) and Currie Cup winner (2008, 2010 and 2013) with the Sharks. He has 117 caps with the Springboks, making him the third most capped Springbok of all time behind Victor Matfield and Bryan Habana. The 2019 Rugby World Cup Winner stated, “It was always my dream to win a World Cup, to be a world champion because throughout my journey I’ve worked hard for 12 years to achieve the goal and it happened.”

Kofi became the first African-born WWE Champion after winning the title at Wrestlemania 35 in 2019. “Being able to take the WWE Championship back to Ghana for me was probably one of the best experiences of my life, you know. Seeing Ghanaian children, letting them hold the WWE Championship belt, having them see the name Kofi on it, such a popular name in Ghana. They could see doors being unlocked (for them) and it’s like woah, I can do anything!” said the Superstar.

Watch Kofi Kingston on Raw every Tuesday morning at 03.00am on WWE DSTV Channel 236.

For more information on applying to become a WWE Superstar, visit www.wweperformancecenter.com