Isn’t it embarrassing that last smooth transfer of power in Zimbabwe occured during colonial Rhodesia?

For some strange reason, I did not feel the urge to watch the live broadcast of Zambia’s new president Hakainde Hichilema’s inauguration today – in spite of this being one of the few moments of tremendous pride for both a region and continent, not known for democratic change.

Source: Isn’t it embarrassing that last smooth transfer of power in Zimbabwe occured during colonial Rhodesia? – The Zimbabwean 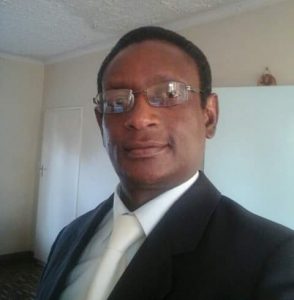 With a gnawing sense of guilt, I honestly wish I had just taken that bold move to watch this momentous occasion – considering that these are some of the very few opportunities for people as myself, and my fellow Zimbabwean compatriots, to witness an actual smooth transfer of power… something that has never happened in this country since independence, on the midnight of 17 April 1980.

Come to think of it, that could have been the reason I did not watch this inauguration.

Possibly, it was due to a troubling shame and embarrassment – and, maybe with a tinge of envy – seeing how other countries (our neighbors, in fact) justifiably taking great pride in, and joyously celebrating, their political maturity, whilst we in Zimbabwe remain in a sad and humiliating state of arrested development.

Honestly, who would not hide their head in shame, when we have had two generations of Zimbabweans never having witnessed their president handing over power to another?

As some would say, “Tinongozvionera paTV” (we just see it on television) – as no Zimbabwean under the age fifty years old can truthfully claim to have attended such an inauguration as witnessed today in Zambia.

To add insult to an already festering and pungent injury – any semblance of a smooth and peaceful transfer of power to ever take place in this country was in colonial Rhodesia – when consecutive white administrations freely handed over power to another.

Of course, the last time being when the reins of power were handed over by the same white colonizers to our post-independence black regime.

From that day onwards, never have Zimbabweans been blessed with such pleasures signifying the epitome of democracy – with the only leader we knew for a whole thirty-seven years, Robert Gabriel Mugabe, being degradingly ousted in a military coup d’etat in November 2017, and his predecessor, Emmerson Dambudzo Mnangagwa, vowing not to go anywhere.

For a political party that fought a bitter liberation struggle, ostensibly to remove oppression and injustice perpetrated by the Rhodesian regime, ZANU PF rulership has proven to be the exact antithesis – characterized by brutal repression against any dissent, highlighted by cold-blooded savage killing, abduction, arrest, torture, and beating up of opponents, whilst abusing state institutions as tools of the party, not of the country.

Zimbabweans have been left wondering why thousands lost their lives in the gruelling liberation struggle – since it appears that white Rhodesians, as much as they largely oppressed the black majority, at least knew what true democracy meant in their own community – as diametrically opposed to how our post-independence black leaders have never treated their kith and kin with any love and respect.

Surely, are we as Zimbabweans only going to witness the smooth transfer of power on television, taking place in other countries?

I am forced to ask myself how our own leaders – who ironically, never fail to attend such ceremonies – would be thinking as they sit there, and watch others shine and display commendably high levels of maturity and development, yet they themselves are too childish to even tolerate the slightest chiding?

Do they feel proud of themselves sitting there on the high table of others’ celebrations of democracy  – yet, they themselves are too cowardly to face a real fair, free, and credible contestation?

Where, then, do they even get the audacity to claim that they fought for democracy, when the last smooth transfer of power to even grace this land was in Rhodesia – on the eve of an apparently ‘independent’ Zimbabwe, virtually marking the end of a democratic change?

A situation whereby, even within the ruling ZANU PF itself, the position of party president has never ever been openly and freely contested for in its 58-year long history – thereby, attracting coups.

Surely, if that does not fill our nation with shame and embarrassment, then I honestly do not know what will.

Is there any wonder I was too ashamed to even watch Hichilema’s inauguration today – since, it would have been just too much for me to take?