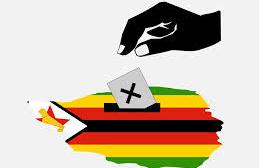 FOR many years now, the issue of vote-buying has been contentious in
electoral contests across the country although the real problem is the
lack of political maturity in the electorate, who let personalities sway
them into making political choices ahead of issues that affect them on a
daily basis.

In the run-up to the July 2013 harmonised elections for instance, then
Local Government minister Ignatius Chombo – as the face of government at
that time – ordered a write-off of all monies owed to councils, in a
development that many people viewed as an act of vote-buying.

The hole created in local authorities’ books then impacted negatively on
their capacity to handle service delivery over the years. As such,
residents  – despite all the benefits the write-off would bring them
individually – suffered collectively in terms of poor services in their
communities.

In a way, issues should remain central in people’s quest to make electoral
choices. Sadly, the Zimbabwean electorate has always looked at the
individual and never what one has to offer when making these choices,
oblivious of the misery they might commit themselves to in the process.

Despite evidently failing this country – which had so much promise at
independence in 1980 but is a mere shadow of its full potential owing to
successive and systematic institutional plunder – Zanu PF has continued to
win successive elections.

Zimbabwe is grappling with myriad challenges, most of which are a result
of poor policies that the Zanu PF government pursued for years. The
Zimbabwean electorate does not seem to look at this when they make their
voting choices, something which speaks to their failure to interrogate
their situations.

More often than not they vote for individuals who buy them alcohol and not
those who articulate clear programmes that will remove them from the
fringes of economic activity.

Due to government-party conflation, Zanu PF takes advantage of its power
of incumbency, at times diverting State resources to the electorate at
opportune times in an attempt to influence voting patterns in specific
constituencies – especially in rural areas.

Voting choices must be premised on issues and the capacity of politicians
to deliver on them, not on individuals or political parties.

This enables the electorate to evaluate the performance of those they
elect, thereby creating accountability – a key driver of development in
democratic establishments – in those elected.