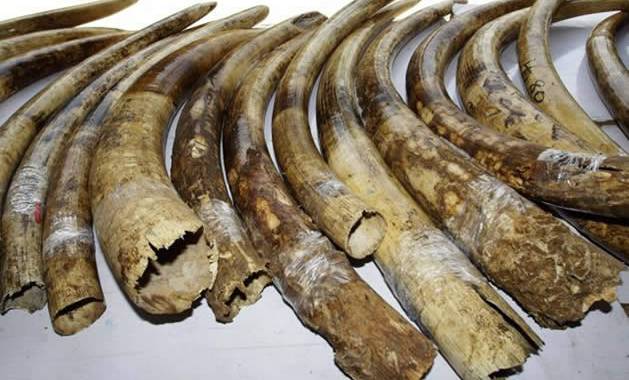 Tendai Rupapa Senior Court Reporter
An Australian journalist who entered into the country as a tourist gave away a syndicate of ivory dealers to the police after posing as a potential buyer.

Adrein Steirn, a photo journalist, met one Lloyd Marumbi in lower Zambezi valley while photographing wildlife, who then alerted him of poaching crimes in Zimbabwe.

Marumbi gave Steirn inside information of how poachers would take ivory tusks to a certain house in Avonlea.

According to information contained in his affidavit, Steirn started investigating how the poachers operated and in the process he met Leonard Makunike and posed as an ivory buyer.

Madzinga told Steirn that he could provide him with the tusks.

“Madzinga told me that he could access or has ivory tusks that were obtained through poaching, but he did not disclose where the tusks were poached from,” he said.

They then made arrangements for the selling of the tusks and after the meeting, Steirn rushed to the police and alerted them.

On February 15, Steirn met Madzinga at Holiday Inn and they proceeded to Highfield grounds where the transactions were to take place, the court heard.

It is alleged Madzinga was in the company of his driver Tafadzwa Pamire (36).

The police detectives were on surveillance.

When they got to Highfield, Pamire disembarked and later emerged with a Toyota Hiace which he took from a certain house, it is alleged.

The parties then drove to Zimbabwe grounds with the police following behind them.

According to the State, the police saw Madzinga and Pamire taking ivory tusks from their vehicle to Steirn’s vehicles.

The police then emerged from hiding and pounced on them leading to the arrest of the pair and six raw elephant tusks worth $22 797 were recovered.

They are facing charges of contravening the Parks and Wildlife Act “unlawful possession of ivory”.

However the trial failed to kick off after their lawyers successfully applied for the release of some documents from the State.

They said they wanted to use the documents in preparation of their defence outline.

“The applicants would need to be furnished with the Visa and work permit issued to Steirn authorising him to operate as a photojournalist,” read part of the application.

The matter was remanded to May 31, for trial.

Madzinga is a registered ivory dealer. Ms Francesca Mukumbiri prosecuted while Messrs Gift Mutisi and Steady Kachere appeared on behalf of the duo.