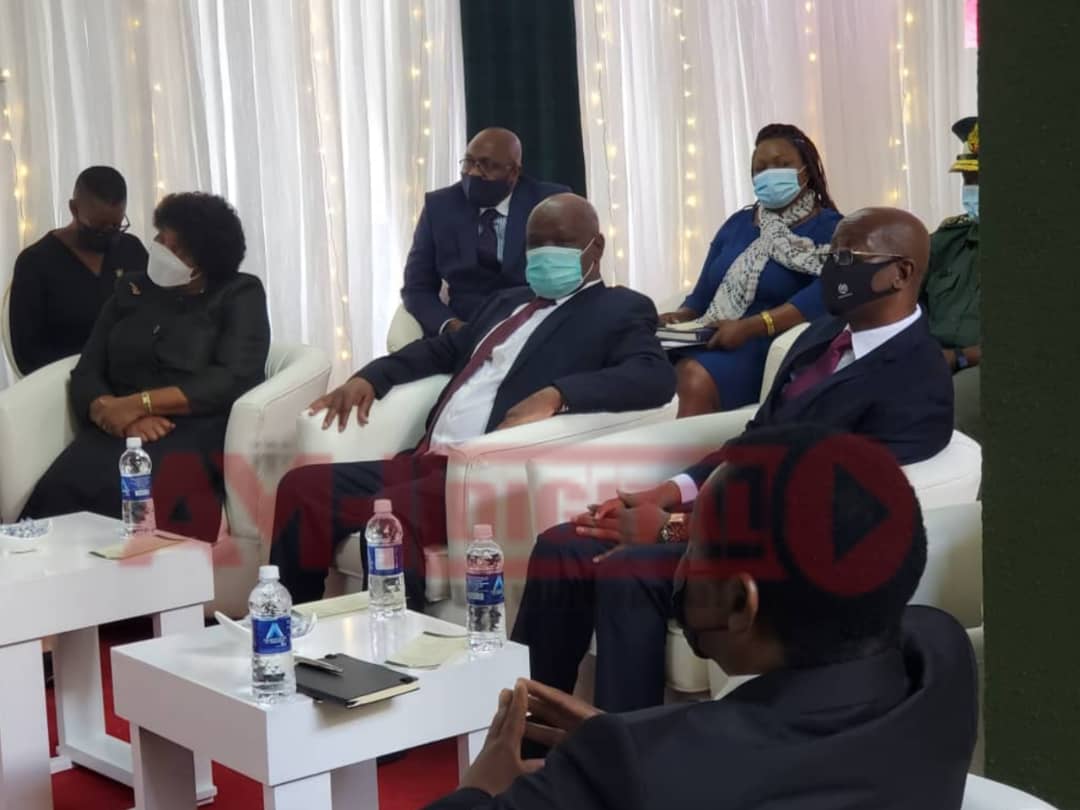 By Desmond Chingarande
THE Judicial Service Commission (JSC) yesterday officially launched the virtual court system to speed up the completion of cases.

This was after some prisoners failed to turn up in court due to transport and fuel challenges faced by the Zimbabwe Prisons and Correctional Services (ZPCS).

Speaking at the event in Harare, Chief Justice Luke Malaba said: “Carrying out virtual hearings has many advantages — both to the courts and the litigating public. Matters are finalised expeditiously and there is the added advantage of participating in the court proceedings in the comfort of your home or office.”

“Inmates are expected to appear before the courts regularly for routine remands and trials. The pandemic has at times caused inmates not to appear before the courts as required because of the restrictions imposed to combat the spread of COVID-19. Through the virtual court hearing platform, it is no longer necessary for inmates to appear physically in court as they can interact with the court virtually while they are in prison,” he said.

Malaba said the virtual platform would allow for bail applications to be made online in line with international best practices.

“Video conferencing, the alluring absence of the physical presence of litigants, and the e-courthouses which are inherent in a virtual court system represents the new character of judicial proceedings. In keeping with its novelty, the idea of remote participation in court proceedings is not only transformative of the usual modes of conducting judicial business, but is also cost effective,” he added.

Other countries that have digitalised their court systems include South Africa, Kenya, Rwanda, Gambia, India and England.

He said the required equipment had already been installed, connecting the Harare Magistrates Court and the High Court, ading that provinces like Chinhoyi, Bindura and Mutare had already been equipped to kick-start the process.

“Access to justice must not be discriminatory. The principle must apply equally, irrespective of whether one resides in the provincial centre or district, or one is a prisoner, woman or child,” Ziyambi said.