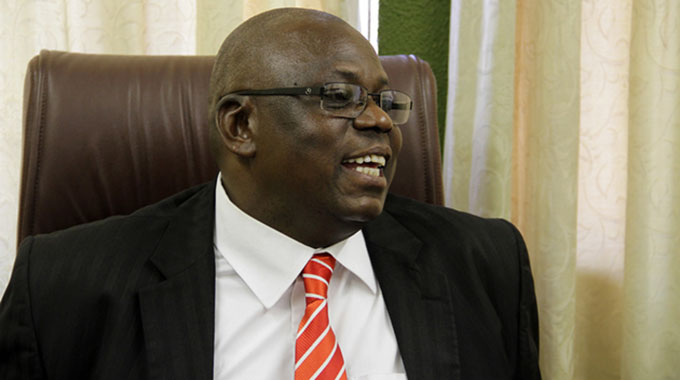 Bulawayo Bureau
THE Judiciary Service Commission (JSC) has started deploying 57 magistrates across the country, as part of efforts to enhance the justice delivery system, with Bulawayo getting six of the judicial officers.

The magistrates, comprising 37 females and 20 males, were sworn-in at the Harare Magistrates’ Court on Tuesday last week by Chief Magistrate Mr Mishrod Guvamombe.

Speaking during the swearing in ceremony, Mr Guvamombe welcomed the Government’s decision to unfreeze posts and pave way for the recruitment of magistrates and support staff.

“We are happy the Government through the Treasury acceded to our request enabling us to recruit more magistrates,” he said. “The magistrates are being deployed to all the country’s provinces and we hope to improve the justice delivery system in the country.”

Out of the six magistrates deployed in Bulawayo, five will be stationed at the Tredgold Building Courts, while one will be based at the Western Commonage Magistrates’ Court.

The newly appointed magistrates are being deployed after completing a mandatory seven-week rigorous training course in Harare.

Chief Justice Luke Malaba introduced the training programme to be undertaken by all new magistrates before they take judicial oaths, in his quest to improve the quality of justice.

In the past, JSC would recruit magistrates straight from university and attach them to individual senior judicial officers for some time before being weaned off.

But Chief Justice Malaba said the system left the Commission with half-baked magistrates who compromised the quality of justice dispensed at the courts.

In terms of the new orientation training, the law graduates are exposed to a standard grooming in all important aspects of the work of a magistrate.

The programme, that is being run by Judicial College of Zimbabwe principal Mr Rex Shana, includes courses like civil and criminal procedure, maintenance inquiries, assessment of evidence and judgment writing.

It equips magistrates with the practical skills of presiding over cases.

Mr Guvamombe said inadequate human capital has been a major cause for delays in the completion of cases, thereby causing unnecessary backlog.

This is the first time that such a high number of magistrates has been sworn in.

In July, the JSC recruited 60 magistrates to boost efficiency in the justice delivery system and reduce the case backlog at lower courts.

This followed interviews conducted during which 200 candidates had been shortlisted out of 700 applications received by the JSC.

The Government recently gave the JSC the green light to recruit 233 employees in a bid to oil the wheels of justice and to restore the functionality of the court and the recruitment of the magistrates is the beginning of a massive recruitment exercise.

The unfreezing of the posts will result in the JSC recruiting 70 magistrates, 37 court interpreters, 15 clerks of court, 51 assistant registrars, 30 judges’ clerks and 30 drivers by November this year.

In November, the commission will recruit 15 clerks of court, 31 assistant registrars, 20 judges’ clerks and 10 drivers.