Appearing before a panel of 11 commissioners of the Judicial Service Commission (JSC) yesterday, Mr Hodzi said he had taken a record 27 high-profile graft cases to court, but panellists questioned the quality of some of the dockets considering acquittals were being recorded at the courts.

Mr Hodzi was among 10 aspiring candidates for the top prosecution job publicly interviewed in Harare yesterday.

He was the fourth candidate to be interviewed yesterday.

Deputy Chief Justice Elizabeth Gwaunza was the first to quiz Mr Hodzi, asking him to state the number of high-profile cases which had been taken to court in his first 93 days in office.

Mr Hodzi said: “We have taken at least 27 high-profile cases to court since my appointment as Acting Prosecutor-General.”

Justice Gwaunza quizzed him further: “Why are we not hearing about them?”

Mr Hodzi responded by proposing the training of judicial officers on how to properly preside over corruption-related cases.

“Our magistrates need special training on anti-corruption cases. Even some judges need to be properly trained on how to handle graft matters.

“We also need to have judges properly trained to effectively deal with cases of corruption,” he said.

Commissioner Priscilla Madzonga weighed in with a follow up question on the progress made in the first 93 days.

“Can you tell us about just one high-profile corruption case that your office has so far effectively prosecuted with a conviction?”

Mr Hodzi informed the panel that he was working on at least two cases which will soon be brought to court.

“I have put resources on two or three high-profile cases of corruption that are coming soon . . .”

Comm Madzonga questioned him on the quality of the 27 dockets which Mr Hodzi said had been referred to court.

Mr Hodzi insisted that the cases had adequate evidence for conviction.

Comm Josphat Tshuma said JSC was in possession of a written complaint that the Acting PG was pre-empting investigations through abuse of the media.

“We have received a complaint against you of inappropriate use of the media, pre-empting corruption investigations. How do you respond?”

Mr Hodzi said his engagement with the media was meant to ensure accountability to the public, being a public officer.

“There was no any impropriety in me dealing with the Press. In fact, so many complaints have been raised against me with some wrongly accusing me of interfering with a judge,” he said.

Comm Tshuma added: “Is it appropriate for you as Acting PG to be the NPA spokesperson, dealing with the media?”

“I no longer chair the meetings. I have created a corporate affairs department to speak for the NPA headed by Mrs Angeline Munyeriwa.

“I only speak on issues to do with the prosecution and the media will be present to ensure accountability and transparency. This is meant to ensure that I will not have anything to hide,” he responded.

Comm Lloyd Mhishi questioned Mr Hodzi on another complaint written to JSC in which he was accused of appearing before a Harare magistrate in a matter that was being handled by his juniors simply to introduce himself as the acting PG before addressing the court on how to deal with corruption cases.

In that case the complainant said he objected to Mr Hodzi’s approach saying he had used the wrong platform to discuss such issues.

“The complainant one Mr Kurunera said you appeared in a court before magistrate Mujaya and you started addressing the court on how you were going to handle corruption cases. Mr Kurunera said he questioned your approach. Is that correct?” asked Comm Mhishi.

“When I went there it was just a courtesy visit to my officers. After all I have a right of audience in any matter. I just opened the matter and handed it over to my juniors.

“There is nothing wrong with that,” said Mr Hodzi.

Comm Mhishi asked Mr Hodzi whether he was just taking people to court before investigating because in most cases people were being acquitted.

“I understand former Cabinet ministers and a businessman have been taken to court, but in most of the cases, the accused have been acquitted.

“Can you tell us how you deal with cases at your office. Are you taking people to court before making the decision to prosecute?”

“We first decide on whether to prosecute or not. If there is enough evidence, we then take the case to court,” he answered.

Comm Mishrod Guvamombe asked Mr Hodzi to comment on the public perception that most of the so-called high-profile cases were not being properly prosecuted.

“There is a perception that in most of the cases you are referring, you simply arrest to investigate and the matter ends there. Can you comment on that?”

Mr Hodzi said: “We agreed that we are not going to have cat fights between prosecutors and magistrates on who is not doing his or her job.

The first candidate to appear before the panel was Namibia-based judge Justice Maphios Cheda who indicated that he had strong leadership qualities.

He told the panel that his experience as a prosecutor, magistrate, lawyer in private practice and also a judge of the High Court well-equipped him for the PG’s post.

However, the panel grilled him on a land case that he presided over in Oshakati, Namibia in which he had personal interest.

He had been offered a piece of land which had disputes before being asked to preside over the same dispute.

The judge told the panel that he was not aware that the land he had been offered had a dispute. 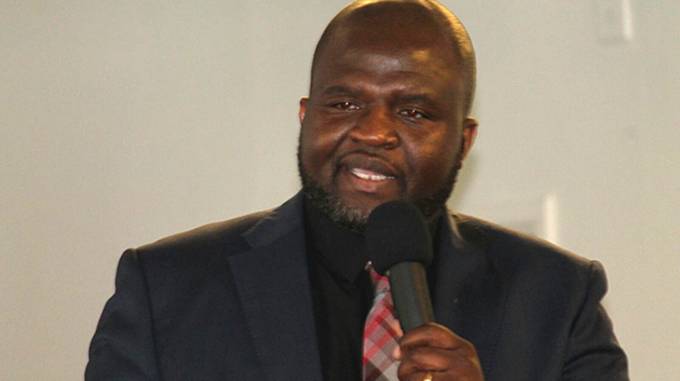 Mrs Wendy Chingeya had a tough time with the judges as she stammered to an extent of using sign language in some of the cases.

The woman left the court in stitches as she coined her own words in trying to tell the court that she was not well-versed with the technology.

“The young ones call us ‘BBC’ meaning we were Born Before Computers.”

Mrs Chingeya was at pains trying to defend herself for failing to respond to letters from the Law Society of Zimbabwe in which her law firm was being accused of unprofessional misconduct.

She ended up admitting to the failure to respond although she maintained her innocence on the misconduct allegations.

Lawyer Mr Tinomudaishe Chinyoka stole the show despite his lack of practical experience in prosecuting cases.

He insisted that he was the best candidate who intended to bring a human rights flare to the office of the PG.

“Experience in doing the wrong things or doing the right things wrongly, is as irrelevant as not knowing anything at all.

“What makes one a good prosecutor is an understanding that a citizen’s safety in the law is guaranteed.

“The past PGs have failed to complete their tenures despite the fact that they all had vast experience in prosecution. So the issue is not about prosecutorial experience only,” he said.

You cannot solve Gukurahundi on your own terms, Mnangagwa told

Marry Chiwenga: My Children Are Being Sexually Abused

I will not be silenced: Malunga