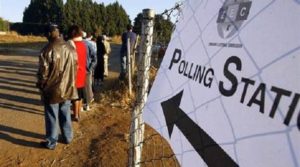 In less than 60 days, Zimbabweans go to harmonised elections, a democratic ritual that has grown to become the nation’s most proud and perhaps only real indicator of our commitment to democracy and the principle of popular consensus and legitimate governance.

Unlike every other election, July 30, 2018 is particularly important because of its illegitimate parenting. This election may be nothing more than an urgent, requisite sanitisation of that most beautiful, memorable November week, the deposition of Africa’s most accomplished dictator — but significantly, an unconstitutional removal of a legitimate government — in any language, a coup!

Yet July 30, 2018 could be much more. Arising, as it does, from what may be seen by many as the ashes of 37 years of inexorable decline, ruinous government failure, economic collapse, capture of the state, the rule of fear rather than law, irretractable humanitarian crises, a painful exodus of talented citizens to foreign lands and institutionalised corruption and reckless plunder of public resources, July 30 2018 evokes the completeness of our collective rear-view of 40 years in the wilderness!

But significantly, July 2018 also ushers in the most consummate national sense of hope we ever experienced — the possibility that, with Mugabe gone, we too can know the true feeling of freedom, the experience of good governance, of that sense of development and national prosperity you feel as soon as you cross any border into SA, Botswana, Zambia, into anywhere! That we too may no longer fear sickness because it only leads to death, but we may have reliable health institutions that deliver health, not dead bodies. That we too might see and use real money in our banks, not a paper pretence to currency! July 30, 2018 can mean that we too may know savings and mortgage value. That we too can trust our own schools and institutions and our children may see and know the end-gain of a good education. That we may, after July 30, be able to measure the quality of our councillors and MPs, less by the number of funerals they attend, or the coffins they buy, and more by the quality of our policies, the state of our roads and the development impact of their projects. July 30,2018 may mean that our children may know that ZBC, Zimpapers, Zimbabwe Electoral Commission, Zimbabwe Republic Police and the Zimbabwe National Army are neutral state and national institutions, not spelt the same as Zanu! And that they are complete citizens despite the language they speak or the village they hail from! It is the extent to which it delivers good governance, not Mnangagwa or Chamisa or Moyo or John Bloke that counts.

July 30, 2018 because it is so forward-looking, is way more important in the lives and livelihoods of Zimbabweans than November 17 could ever have been. It is on July 30, 2018 that Zimbabweans will make either of two decisions, the best decision of their lives, to altogether rid themselves of the horror that plagued them and dogged their lives for 40 years in the wilderness, or to decisively and radically change the trajectory of history and turn Zimbabwe into a new development path, entrenching the foundations of a radically new political culture. The important question that arises as we approach a date as decisive as July 30 is whether or not and to what extent can Zimbabwean citizens be said to be temperamentally conditioned and ready to apply their minds to make this most strategic decision of their future?
I doubt.

The euphoria and excitement that accompanied the dramatic departure of both Robert Mugabe and Morgan Tsvangirai has created in the past five months, greater ecstasy and frenzy than any sober and thoughtful analysis and forward visioning of the future prospects and options of both the ruling party and MDC and significantly, of the country. Because both dramas produced illegitimate leaders, the decidedly anxious emotions in the respective political camps have refused to deliberately ponder post-Mugabe policy thinking . . . as both are engrossed in securing leadership legitimacy in the quickest possible time. To that end, a rancour “chete-chete’’ (only)and “pfee!’’ (sneek in) culture has consumed the political body thought of the country over what needs to be done post-Mugabe to get Zimbabwe on its feet and working again.

So consuming is “chigaro chamambo” (presidency) that the attention of political parties and citizens, for example, to the very important local authority elections is close to zero. It is very likely that, at this most important, lowest level of governance, citizens are likely to be saddled once more with imposed, inexperienced, incompetent leaders and political chancers for another five years. The inexorable decline in service delivery, poor council decisions, runaway corruption and continued war between councils and central government we have been accustomed to and ultimately frustrated residents and citizens is likely to stay with us or worsen in the next five years.

Politicians and civil society advocacy agents that have attempted some measure of independent thinking and traditionally stood their ground against the arrogance and sense of entitlement of both Zanu PF and MDC are war-weary. They see a potential dead-end to their principled fight and do not have the will-power and energy to keep fighting for ordinary people from terraces for another potential 37 years. They will abandon the fight for democracy and choose personal survival. As such, there are no leaders or politicians of any real policy conviction or ideological inclination this side of Mugabe. Personal convenience and family expediency more than any social or public good is determining who belongs where. The fact that both ED and Chamisa are keen to create a reliable layer of personal loyalists and bootlickers, necessarily means that their peers, the experienced policymakers and political equals in their parties have become potential enemies, and, as the primaries demonstrated, many big fish will be sacrificed. As such, whoever wins, Parliament will most likely be filled with excitable, inexperienced novices and grateful bootlickers who won’t have the slightest capacity or willingness to challenge the executive and hold anybody to account, who will quickly demonstrate amazing deficiency in basic statecraft… let alone make any meaningful policy. So another five years of Parliament slumber and unaccountable government awaits Zimbabwe.

It is virtually impossible to imagine Constantino Chiwenga post-July 30,2018 farming or looking for a job, six months after doing what he did. Or Sibusiso or ED or Black Jesus! So fair or foul, we must live with the fact that they aren’t going anywhere anytime soon, and the result truly doesn’t count! To placate the anxious population, it can be expected that the bullet train baby will be happily offered ceremonial leadership of government, alongside a few of his loyal cadres. A couple other politicians from outside the two ruining parties are likely to be invited in to complete the picture and grand illusion of inclusive unity and Zimbabwe will celebrate another false change. The expectation, so overwhelming as it is, that the primary authors of our 40 years of our misery and the brilliant executors of our pain can some somehow become our benevolent saviours is a desperate plea for our salvation addressed to the devil!