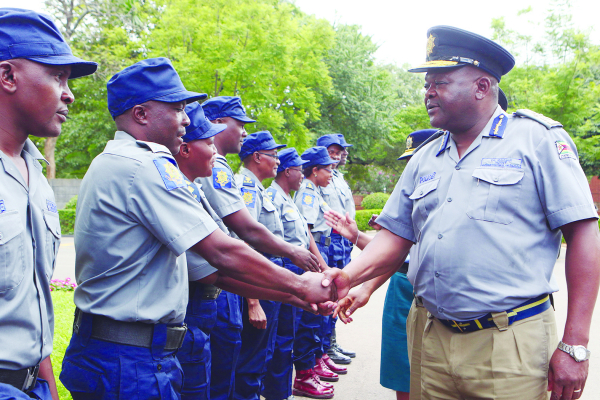 A SENIOR police officer was reportedly assaulted by a junior female officer after he tried to apprehend her for a bribe she had allegedly received at a roadblock and she, on the other hand, filed a report of attempted rape.

The incident reportedly happened on Saturday when Chief Superintendent Johannes Govo, based at Police General Headquarters internal investigations, observed Constable Melody Tsikayi receiving a bribe from a motorist at a roadblock in Norton.

This was revealed in a leaked memo seen by NewsDay yesterday and Govo had to seek medical treatment for the injuries he sustained at the hands of his junior.

“On May 29, 2020 at around 1700hrs and at 39km peg along Harare-Bulawayo Road opposite Karina Service Station, Norton, Chief Superintendent Govo, who was in civilian clothes, was driving past a roadblock mounted by ZRP Norton Urban members led by Sergeant Masiya and four other members, including the accused,” the memo read.

Govo allegedly saw Tsikayi alledgedly receiving a bribe from a motorist and he stopped his vehicle a few metres away.

“He disembarked from his vehicle and walked towards the roadblock site.

The accused spotted him and she ran into a nearby bush, but the complainant (Govo) gave chase and caught up with the accused person.

“The accused then assaulted the complainant several times on the face and head. Sergeant Masiya went into the bush after he heard a shout for help and restrained the two who were manhandling each other, that is when he realised that the two were Constable Tsikayi and Chief Superintendent Govo,” the memo further read.

He is said to have then informed the officer-in-charge Norton Urban Chief Inspector Manyika about the matter, who attended the scene in the company of Superintendent Sibanda, in charge of crime and operations, and Superintendent Mangeya, who was duty officer Manyame district.

Govo is reported to have made an assault report under RRB 4419534.

“The complainant (Govo) was then referred for medical examination. Investigations are in progress. Constable Tsikayi also made a report of attempted rape against Chief Superintendent Govo alleging that she had gone to the bush to relieve herself and was surprised when she was grabbed from behind and dragged to a secluded place where he attempted to rape her, Norton RRB 4419436 refers,” the memo read.