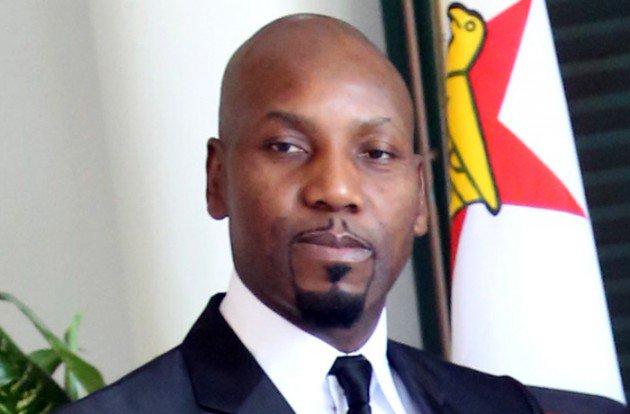 Farirai Madhumbe | There is no relief for President Robert Mugabe’s family as reports emerge that his son-in-law Simba Chikore is under investigation for corruption at the Zimbabwe Airways. 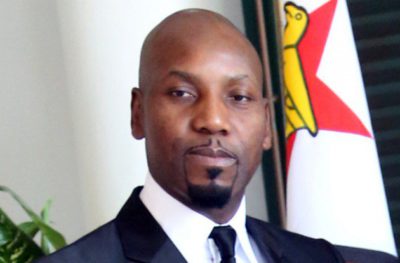 Last November the country’s military said it had seized power in a targeted assault on “criminals” around Mugabe who were causing social and economic suffering, but gave assurances the 93-year-old leader and his family were “safe and sound”.

Weeks later it seems the blitz which had originally targeted senior members of the G-40 faction is slowly spreading to Mugabe himself and his immediate family, with recent reports that Grace and her three sons, Russel, Robert Junior And Chatunga are also under investigation for corruption.

Chikore fled with his pregnant wife Bona to the Far East after the military takeover.

The local Daily News reports that the Zimbabwe Anti-Corruption Commission (Zacc) is digging into the goings-on at Air Zimbabwe (AirZim), with its investigators keen on unravelling the nexus between Chikore and Zimbabwe Airways.

Zacc commissioner in charge of investigations Goodson Nguni confirmed that Chikore, who is married to Mugabe’s only daughter, Bona, was under their radar.

“We are investigating what happened at Air Zimbabwe, and we will give you more details when we are done with the investigations before end of week,” he said.

The investigations, according to insiders at Zacc, could extend to government officials who either facilitated the Zimbabwe Airways deal or had fiduciary responsibility over AirZim during the period when things fell apart at the parastatal.

Zimbabwe Airways is said to be privately-owned although its ownership structure has remained a closely-guarded secret as there are no records at the Company Registry of those behind it.

It was expected to take to the skies in November last year but its plans ran into serious complications following the change of guard at Munhumutapa Building engineered by the military last November.

Highly-placed sources at Zacc told the Daily News that Transport minister Jorum Gumbo may not escape the investigations since he worked closely with Chikore before Mugabe’s dramatic fall.

Gumbo and Chikore had made several trips to Malaysia where Zimbabwe Airways acquired four second-hand Boeing 777 planes at an estimated combined cost of about $1 billion.

This was after Malaysia Airlines, which has a fleet size in excess of 70 aircraft, revealed that it was disposing a fleet of Boeing 777s because it believed they were cursed after two of its planes (MH370 and MH317) were involved in disasters that cost lives.

While Nguni refused to be drawn into whether Gumbo would be investigated, he insisted that Zacc will carry out its mandate without fear or favour.

The development comes amid rumours that the architects behind Zimbabwe Airways wanted to sink the debt-ridden AirZim which, for many years, had benefited from government’s protectionist policies.

The parastatal, which is said to be losing up to $3 million a month, is saddled with a $300 million declared debt.

It has, over the past three decades, struggled to shake off claims of corruption and ineptitude, which has led to the dismissals of several of its boards and senior managers.

When Chikore resigned from AirZim last year after having been appointed to the airline in September 2016, rumour had it that he had done so to concentrate on Zimbabwe Airways and avoid potential conflict of interest.

During his time at the national flag carrier, he was the parastatal’s chief operating officer.

Despite having a chief executive officer above him, Chikore used to call the shots at AirZim — resulting in a strained relationship between him and his boss, Ripton Muzenda.

The tiff could have contributed to Muzenda’s departure from AirZim under unclear circumstances.

Contacted for comment yesterday, Gumbo was evasive on the perilous state of affairs at AirZim and the relationship with Zimbabwe Airways.

“I will issue a statement,” said the Transport minister.

Since President Emmerson Mnangagwa assumed office on November 24 last year, several former government officials, mostly from the dismantled Generation 40 faction, have been hauled before the courts on corruption charges.

None among the current batch of ministers and those who were in the victorious Team Lacoste faction have been charged.

Nguni said while Zacc’s hands were previously tied during Mugabe’s reign, the anti-graft body was now working without interference under the new dispensation which has declared zero tolerance to corruption.

“I can tell you though that there are more cases that we will follow because we are fulfilling our mandate. This time, there is no interference from government, as opposed to yesteryear, the Executive is actually supporting all our efforts,” he said. – Daily News