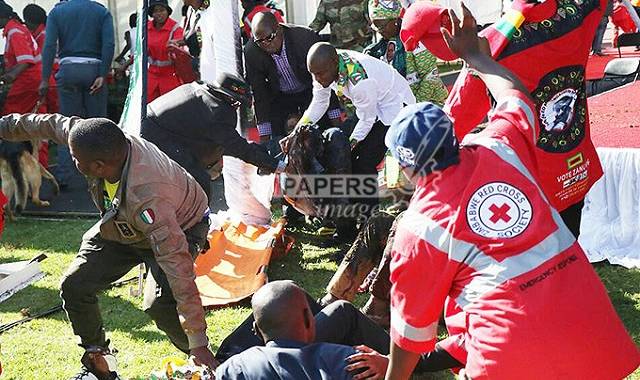 In an exclusive interview in Kadoma on Tuesday, Dr Parirenyatwa said the two had been in the Intensive Care Unit in Bulawayo since the incident last week.

At least 49 people were injured when an explosive device was thrown as President Mangagwa and other Zanu-PF dignitaries were leaving White City Stadium in Bulawayo.

Two people have since died from injuries suffered in the explosion.

Dr Parirenyatwa said: “There are two (people) who were in the Intensive Care Unit and are now being transferred to Harare hospitals so that they are attended by specialist medical doctors from that side.”

He said nine other victims were still admitted at Mpilo hospital.

The attack drew widespread condemnation from across the world