Zimbabwe leader backs out of 1st rally since deadly attack 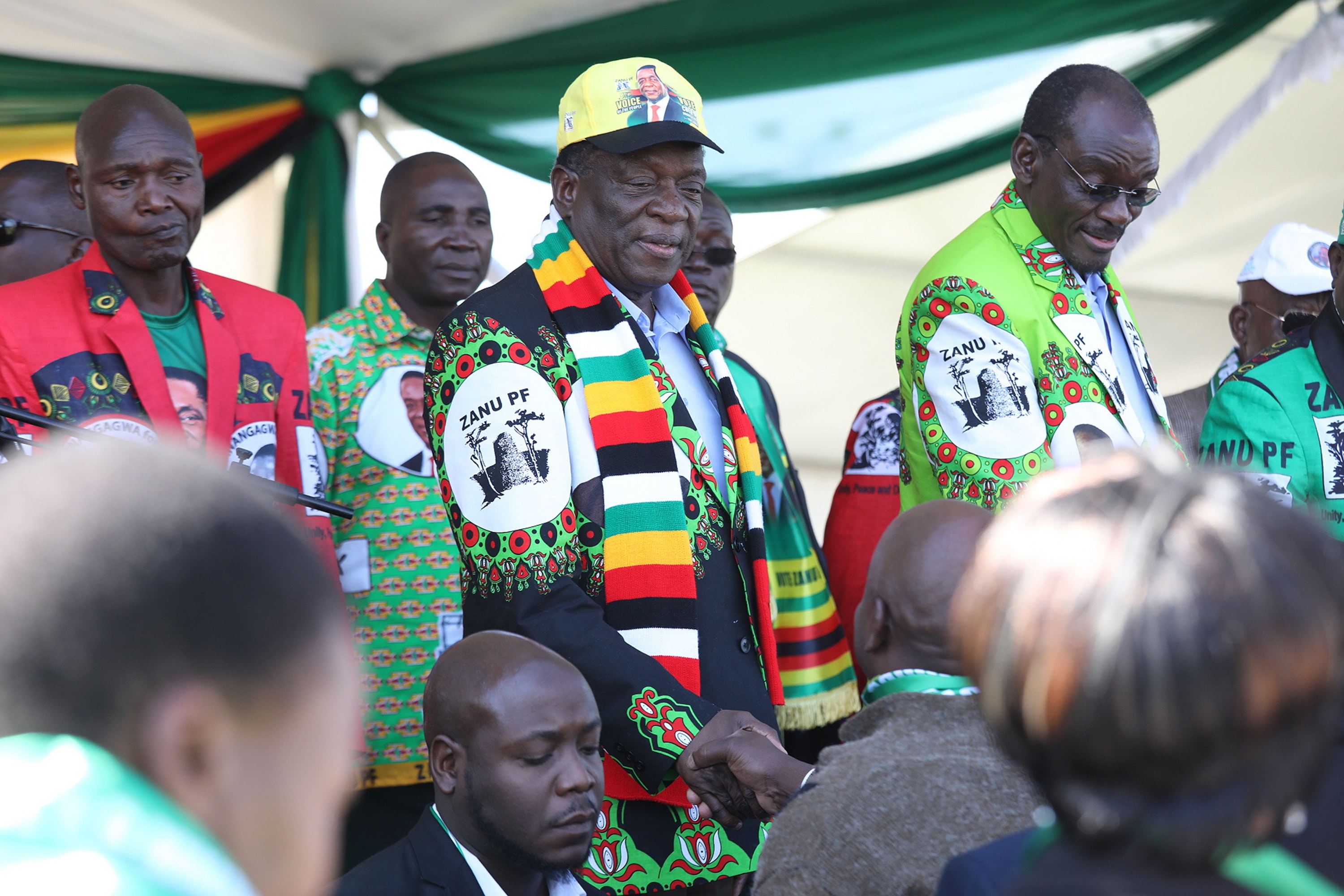 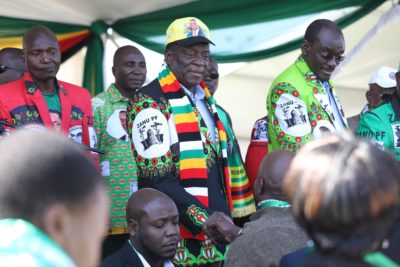 Zimbabwe’s president has backed out of his first campaign rally since a deadly attack on Saturday that has been called an assassination attempt.

Zimbabwe’s president on Wednesday backed out of his first campaign rally since a deadly attack on Saturday that has been called an assassination attempt.

An official announced to a packed stadium in Hwange that President Emmerson Mnangagwa was no longer attending, without giving details. The stadium was under tight security, with soldiers and police searching everyone who entered. Unlike at previous rallies, supporters were not allowed close to the VIP tent.

Hwange is an opposition stronghold like Bulawayo, where Saturday’s attack occurred. Dramatic footage had showed Mnangagwa walking off the stage in a Bulawayo stadium and into a crowded tent where the blast occurred seconds later, sending up smoke as people screamed and ran for cover.

Mnangagwa has called the attack a “cowardly act of terrorism.” He also pointed out he’s had numerous attempts on his life in the past, saying he was used to them by now.

The president now says he suspects a political faction supporting former first lady Grace Mugabe of being behind the attack, which killed two people.

Mnangagwa, speaking to the BBC, did not say the former first lady was involved in the blast. He said he expected that arrests will be made soon.

Mnangagwa was fired as longtime leader Robert Mugabe’s deputy in November after he became a target of the first lady’s G40 political faction. The military responded by stepping in and Mugabe resigned, ending 37 years in power.

Zimbabwe now faces a historic July 30 election, the first without Mugabe since independence from white minority rule in 1980. Mnangagwa is under pressure to deliver a credible vote that Western countries see as key to lifting international sanctions.

He has invited election observers from the United States, the European Union and elsewhere for the first time in 16 years. Mugabe rejected Western observers, accusing them of bias.

A record 23 people have filed to run for president in the election. This week one of Zimbabwe’s two vice presidents, Constantino Chiwenga, said that if any candidate is now “afraid and scared, we will give them security.”

Zimbabwe’s presidential candidates are not normally provided with security by the government.