Victor Maphosa Recently in Zibagwe
The District Development Fund (DDF) has embarked on a nationwide road rehabilitation after receiving $400 million from the Zimbabwe National Road Authority.

Most of the roads that fall under the DDF jurisdiction are in a dilapidated state after being severely damaged by the heavy rains currently pounding the country.

During a tour of Kwekwe-Mvuma Road which is currently under rehabilitation, Acting Director DDF roads Engineer Goodwell Mapako said they are targeting sections which are severely damaged. 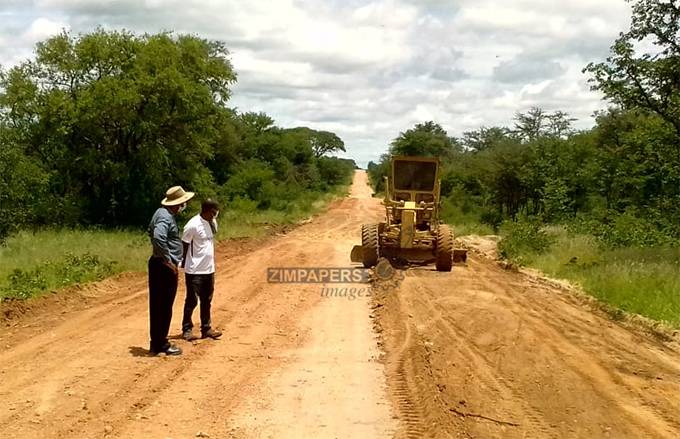 A grader working on the Mvuma-Kwekwe road. The road is being rehabilitated by DDF

“We have embarked on a massive nationwide road rehabilitation and we target those sections which were damaged by heavy rains which we received this year.

“We want to commend Government for availing funds for the process. As you can see here, this road is in a bad state and we are now working thoroughly on it. It is the shortest road to Masvingo from Kwekwe.”