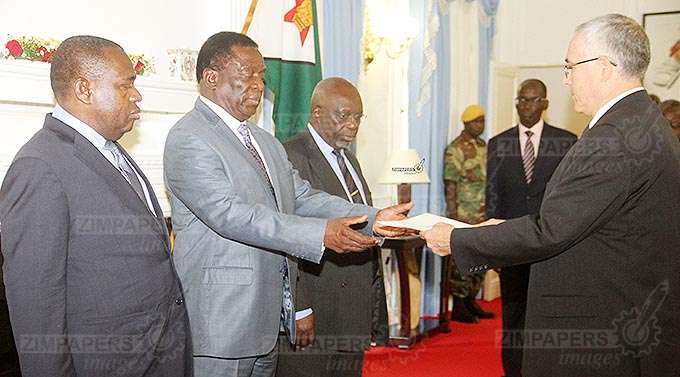 Australia’s new ambassador to Zimbabwe, Ms Bronte Moules, was the first to present her letter of credence to President Mnangagwa. Ms Moules pledged to strengthen ties between the two countries.