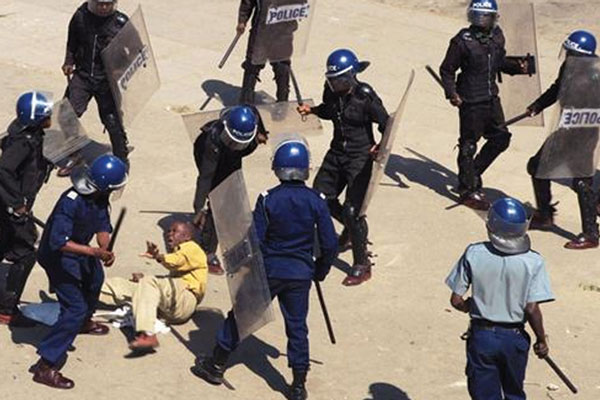 A KADOMA-BASED gold mining company has logged a complaint against four police officers who are allegedly victimising its workers following a wrangle with a rival miner.

DS Mining Syndicate, wrote a letter to the Police Commissioner General Godwin Matanga through its lawyers, Bherebende Law Chambers, accusing four senior police officers of abusing their office by trying to evict the company from the gold claim at Queensdale Farm in Kadoma.

The complaint follows a mine ownership wrangle between DS Mining Syndicate and Spencer Tshuma who has allegedly enlisted the services of the police to evict his rivals.

The mining company is claiming that it has a valid prospecting licence, but Tshuma has been threatening its employees with the aid of the police officers.

It has also approached the High Court to have the matter resolved.

However, while the High Court matter was still pending, Tshuma allegedly enlisted the support of police officers Musende and Karuru to illegally bar the Syndicate from the claims.

This prompted DS Mining Syndicate to file an urgent chamber application at the High Court, seeking an order to bar the officers from interfering with its activities which was granted.

“We find it disturbing that police officers who should be custodians of the law are the one who are at the forefront of violating court orders and fuelling corruption. Our client strongly suspects that these police officers are being given financial incentives by the said Spencer Tshuma. It is from the above narrated background that our client humbly requests your office to investigate the said Spencer Tshuma.”

The lawyers also said they would press charges against the police officers for contempt of court.

National police spokesperson Assistant Commissioner Paul Nyathi said he was not aware of the complaint.

“I have not yet received the report of the complaint,” he said.