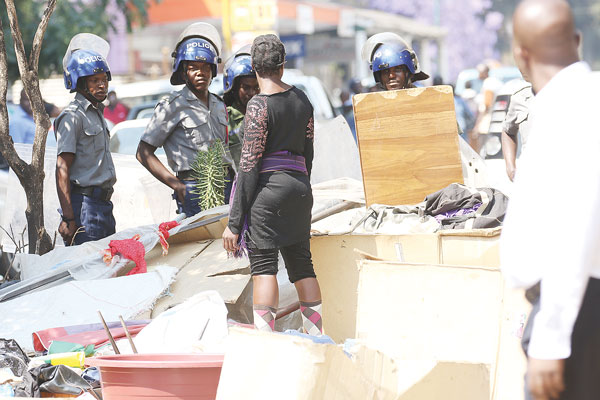 Police in Karoi have come under fire for reportedly revealing the identities of whistleblowers who caused the arrest of a returnee who had evaded mandatory quarantine.

The female suspect slipped into the country from South Africa on Friday, forcing vigilant residents to tip off the police who later picked her up.

The returnee berated the whistleblowers on a WhatsApp group, labelling them “baboons”
According to some chats seen by NewsDay, the returnee, who cannot be named for professional reasons, said: “Karoi baboons sold me out. Someone reported me to the police after my arrival from South Africa on Friday. Taking a taxi to the police station to ensure I get quarantined as if that would bring food to their table.

“The officers mocked the individual and said the person is overzealous.”

However, another group member hit back at her and commended the whistleblower for reporting her.

“With all due respect, we must not blame whoever took that decision to go to police as she (returnee) is coming from South Africa, a COVID-19 red zone and anyone coming through proper channels is going under quarantine. We must not take poison to protect our relatives or friends. She deserves to go for quarantine so that we are all safe,” a member of the group said.

A medical expert who declined to be named said whistleblowers must be protected by the law.

“Legally, it is unlawful to shelter someone who has slipped quarantine, who has contravened the law,” the expert said.

The returnee, posting from Vuti quarantine centre on Monday, said: “I slept well here as I got three blankets, a tooth brush, tooth paste and had sadza with meat as relish. All is well
here.”

“As it stands, we have no evidence for us to investigate the matter that you have highlighted,” Kohwera said.
Last month, four women fled from Vuti quarantine centre, but one of them was apprehended by villagers in Sanyati.