Source: Karo’s highly touted refinery turns out to be just a mirage – The Zimbabwe Independent 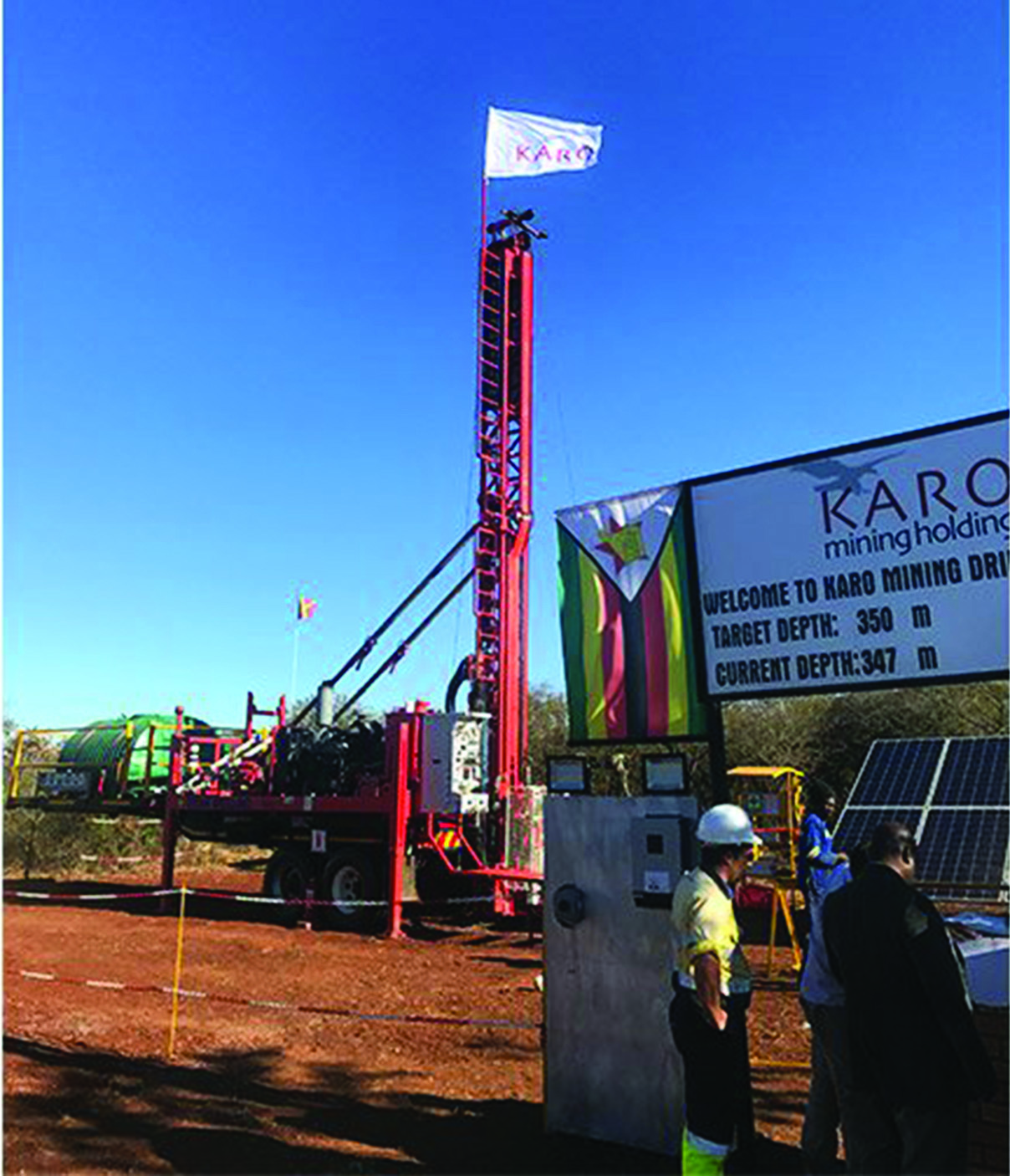 Tinashe Kairiza/Julia Ndlela
KARO Mining Holdings, controlled by Loucas Pouroulis, whose plan is to set up a multi-million-dollar platinum refinery plant in the country, currently employs 11 people, four years after it was allocated vast mineral claims sitting on 23 000 hectares along the resource-rich Great Dyke area, the Zimbabwe Independent can reveal.

This comes a week after Tharisa Plc, in which Pouroulis held a 42% stake, announced that it had increased its shareholding in Karo Holdings to 66,3% after acquiring 13,69 million new shares at a transaction value of US$27 million.

The 33,7% remaining stake is held by Leto Settlement, a private company with key interests in mining.

Kameni, a company owned by Pouroulis, a Cypriot business tycoon, was, according to the state-controlled daily, the Herald, in 2011 reported to the South African Police Service’s commercial crimes unit for allegedly making false claims to raise capital.

However, Pouroulis has denied any wrongdoing.

In 2005, he acquired South Africa’s Impala Platinum subsidiary Elandsfontein Platinum Project for US$15 million before selling it two years later for a staggering US$1,1 billion to Xstrata.

Prior to the latest transaction in Zimbabwe, Tharisa, which is listed on the London Stock Exchange and Johannesburg Stock Exchange, held a 26,8% stake in Karo.

Investigations by this publication, focusing on how the Karo project is unfolding, shows that the entity employed eight people in 2020 and 11 last year.

Tharisa head of investor relations and communications Ilja Graulich told the Independent last week that once the project is fully implemented it will have capacity to spin 3 900 indirect jobs.

He said this shortly after the entity announced it had increased its shareholding in Karo.

“(Currently), we have a complement of 11 people,” Graulich said, highlighting that the group’s plans to have set up the first portal in 2020 were derailed by the impact of Covid-19.

Graulich said: “As we have repeatedly told you, Covid-19 set us back by a good 12-15 months (during which time) no work was done, so we are well in line with our timeline.”

Tharisa’s plans to make forays in Zimbabwe’s lucrative mining sector date back to 2005 when the entity tried to apply for requisite investment licences.

Sources close to ongoing negotiations at the time told the Independent that former president Robert Mugabe “expressed hesitancy to give Pouroulis the green light”.

Pouroulis’ investment plans in Zimbabwe came to fruition in 2018, a year after Mugabe was ousted from power through a military coup that propelled President Emmerson Mnangagwa to the helm.

Responding to why it took so long for Pouroulis to make inroads into Zimbabwe’s resource-rich mining sector, Graulich confirmed that the group could not have invested without a licence.

“We can only invest, once we have a licence,” Graulich said.

He also said Tharisa had not received any preferential treatment from Mnangagwa’s administration.

Responding to a series of questions posed by this publication on how much Karo paid for the platinum claims and other related costs, Graulich could not disclose, but said the claims were allocated by government through a public tendering process.

The claims allocated to Karo were previously held by Zimplats, a subsidiary of South Africa’s Implats.

“This was not disclosed (how much Karo paid for the platinum claims), but the fees for acquiring licences are statutory,” he said in responses sent via e-mail. “(We acquired the claims through a) public tender, requiring applicants to submit a number of documents, legal, technical and financial.”

Since 2018, Graulich said, Karo, which has announced ambitious plans to set up a platinum refinery with capacity to produce 1,4 million ounces by 2023, has so far spent US$50,522 million.

The investment capital includes US$27 million shelled out by Tharisa to consolidate its stake in Karo.

When the project was consummated in 2018, public media announced that a staggering US$4,2 billion was going to be sunk in as investment capital.

However, Graulich, as in previous interviews with the Independent, reiterated that the quantum of the investment could not be specified for now.

State-run media has also erroneously stated that the project would create 90 000 jobs.

“To be clear, it was never a number (US$4,2 billion) we mentioned. Tharisa/Karo will invest what is appropriate form a capital allocation point, this has been the success of Tharisa in its development,” he said.

In 2020, Graulich also emphasised in an interview with the Independent that the job creation potential of the project, showcased by government as one of its initiatives to transform the mining sector into a US$12 billion venture could not be ascertained yet.

He said at the time: “Karo has eight employees on the ground, with a number of Zimbabwean contractors having been used for the phase 1 drilling campaign. We do not have a final employment number yet as there are a number of factors that determine employment levels.

“(This include), the outcome of a bankable feasibility study, project development timelines given the nature of capital markets and what capital will be available for Zimbabwe from investors.”

The envisaged platinum refinery will be powered by a 300MW solar plant. Karo is expected to partner a Mauritian independent power producer to roll out a phased 300MW solar power plant in the Chegutu platinum mining area.

The Karo project has been granted the National Project Status after its grant areas were incorporated within the Special Economic Zone. This gives the entity room to import plant equipment and machinery, as well as fuel duty free and enjoy tax holidays.

Following the landmark announcement by Tharisa that it had significantly increased its stake in Karo, its chief executive officer, Phoevos Pouroulis emphasised that the transaction buttressed the groups strategy of “becoming an integrated diversified developer of new metal assets”.

Phoevos is the son of Loucas Pouroulis.

“Tharisa, the platinum groups metals (PGM) and chrome co-producer, exercised its farm-in option and acquired a controlling interest in Karo Mining Holdings Limited for a purchase consideration of US$27 million to be settled through the issue of 13,69 million shares new Tharisa shares,” Pouroulis announced last week.

“The investment and development of the Karo project will create noteworthy employment and upliftment opportunities for the communities within the project area, as well as the creation of an economic hub with significant multiplier effects.”

Tharisa is incorporated in Cyprus, a jurisdiction widely regarded as a tax haven. It is registered under the number HE223412.

The Great Dyke area, upon which the vast claims allocated to Karo lie, contains the world’s largest known platinum group of metals and chrome deposits outside South Africa.

“The landscape of Zimbabwe’s mining industry will never be the same,” he added.