Source: Khaliphani confirms that the Whatsapp Council meeting that resolved to fire people and recall MPs was illegitimate – The Zimbabwean 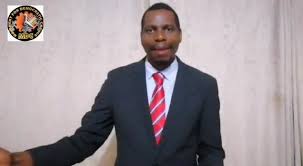 A recent interview on online media proves what some analysts have been saying and being ignored all along, those proper procedures were not followed to expel people from the MDC-T and to recall parliamentarians and councillors. Unfortunately, Parliament officials, Senate and Government officials, most of them very well aware of the law, and of the requirements of the MDC Constitution, saw it as an opportunity to destroy the opposition and connived with the weaker faction of the MDC to effect recalls, and gave money available under the Political Parties Finance Act to the Constitutional Court reconstructed MDC-T.

Khaliphani Phugeni that the Whatsaapp “Council” meeting held in May was not properly constituted as it left out some eligible Council members, hence decisions made on such a meeting cannot be binding. Yet Khaliphani and his colleagues went ahead and used the decisions reached at the same inappropriately called meeting to expel people from the Party and to recall legislators and councilors.

Out of greedy for office, Khaliphani and his colleagues saw it fit to fire parliamentarians and councilors, forgetting that the Supreme Court ruling came about because the constitution of the MDC had not been followed in electing a successor to the MDC founding president, the late Dr. Morgan Tsvangirai. The process to elect the successor, therefore, was supposed to be religiously followed.

The Supreme Court ruling was very clear, it gave an option for the Party to hold an Extra-Ordinary Congress, and nothing more beyond that. But out of greedy for office, Khaliphani and his colleagues went on to fire MPs and Senators to create positions for themselves in Parliament and Senate. All this was done against the advice by seasoned politician Abhednico Bhebhe, who was reported in the media as having stormed out of the bogus WhatsApp Council meeting.

By his own admission, Khaliphani tells Gambakwe media that it has not been possible to convene any Council meetings during the height of the Coronavirus pandemic, so how on earth, Khaliphani, do you justify the expulsion of members and the recall of legislators and councilors when constitutional meetings have not been held. How do you, Khaliphani, justify your position as a spokesperson of the MDCT under the circumstances.

Khaliphani, on one hand, you want Coronavirus to ease for there to be properly constituted meetings to happen, and on the other, you are quick to jump into the position of Secretary for Information and Publicity for a political party, and you are quick to want to jump into Senate. Are you real or fake Khaliphani? It appears to me you are an opportunist. Now that you can confirm that there hasn’t been an opportunity to hold appropriate meetings that should be held, why can’t you resign from your inappropriately assumed office and let the MDCT 2014 structures take over.

And one point that I have said over and over again – Coronavirus was no excuse for not holding a Congress. In this digital world, e-meetings can be held. The United Nations has had an e-General Assembly, so the Coronavirus is no excuse for not having held the Supreme Court recommended Extra-Ordinary Congress. It was just a case of incompetent leaders who could not think outside the square to make things happen. My numerous suggestions along e-events were ignored, and those who ignored should do the humble thing to accept failure and admit it was because of their lack of adequate thinking capacity that the Supreme Court could not be implemented within the stipulated time frame.

Newer Post
South Africa must step out of the political smokescreen and address the crisis in Zimbabwe
Older Post
JUST IN: Schools defy Government on second term fees