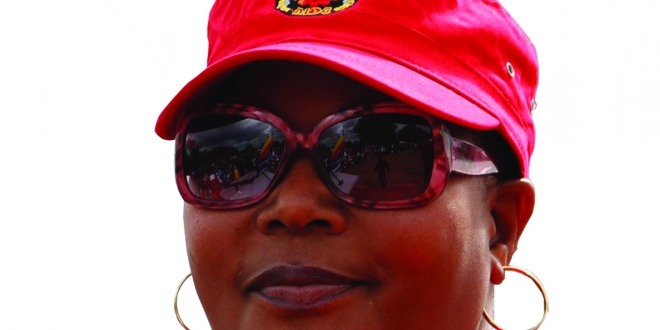 MDC-T interim leader Thokozani Khupe and her 14 party nominees’ march to
Parliament, where they are set to replace recalled MDC Alliance MPs, is
now hanging in the balance following an urgent court application to stop
the process.

Khupe and her acolytes were likely to be sworn in today after the Zimbabwe
Electoral Commission (Zec) last Friday confirmed the filling of 15 seats
by her party nominees, where she was also set to become the leader of the
opposition in the National Assembly.

The Zec notice came despite the electoral body sitting on over 10 000
objections to General Notice 2078/202 of July informing the public that it
had received notice from Parliament of 15 PR seat vacancies, according
voters 14 days to object.

But a voter, Charles Madhiwa of Mbizo, Kwekwe, yesterday approached the
High Court, seeking to stop the swearing in ceremony.

He is seeking an order to stop Khupe and her acolytes from taking oath as
Members of Parliament.

“Respondents shall not administer or cause the sixth to 20th respondents
to take an oath of office as a Member of Parliament nor occupy nor allow
being occupied any seat in Parliament on the basis of GN 2553 of 2020 or
of any appointment declared therein.”

The respondents are yet to respond to the application.

Madhiwa submitted that General Notice 2553 of 2020 was not consistent with
section 157 of the Constitution of Zimbabwe in that MDC-T nominees could
not replace another party’s members.

“The Government Notice 2553 of 2020 is declared to be inconsistent with
section 157(1)(9d) of the Constitution of Zimbabwe, in that it purported
to award seats in Parliament said to be vacant to the sixth to twentieth
respondents as nominees of MDC-T without ensuring that those nominated by
MDC-T and appointed by Zec were members of another political party MDC
Alliance, whose members had won and held those seats; and accordingly that
Government Notice 2553 of 2020 and all appointments announced therein are
null, void and of no legal force or effect,” Madhiwa submitted.

He said if this undemocratic and unconstitutional practice proceeded, it
would be clearly violating the Constitution and would also alter the
results of the 2018 harmonised election.

“If allowed, it will also alter the election results announced in 2018 by
Zec and the chairperson, although under our law, changing an election
result can only be done by a court ruling on an election petition, neither
of which has occurred here,” he submitted.

“Zec has in effect usurped the role of the courts and purported to alter
Zimbabwe’s 2018 parliamentary election results as proclaimed by itself.

“It will alter our Parliament’s composition in a way that is not, by any
stretch of the imagination, based on the will of the people as expressed
at the last general elections held in July 2018.”

Madhiwa said during the 2018 general elections, all voters and
respondents, including Zec and Chigumba, recognised MDC-T and the MDC
Alliance as separate opposition parties, irrespective of their legal
nature.

He submitted that no party took part in the elections as MDC or Movement
for Democratic Change.

He added that the MDC-T and MDC Alliance each fielded their own candidates
in those 2018 elections in competition with each other and with other
parties and independent candidates.

“I note that Khupe stood for president, while Yvonne Musarurwa, Lwazi
Sibanda, Dorothy Molly Ndhlovu, Khalipani Phugeni, Tamani Moyo and Chief
Ndhlovu all stood for seats in Parliament, all saying they were sponsored
by MDC-T, and all unsuccessful,” Madhiwa submitted.

“Piniel Denga and Teti Chisorochengwe also stood unsuccessfully for
Parliament in 2018, at the time being sponsored by MDC Alliance, but later
left that political party and joined its rival MDC-T, as of course they
are entitled to do.”