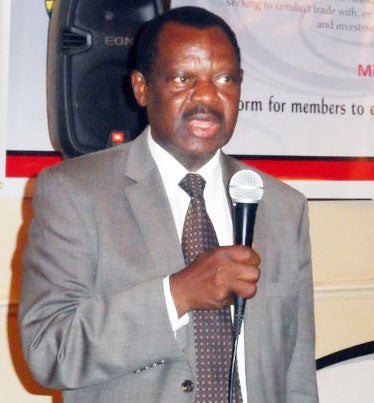 Zimbabwe’s first black central bank governor Kombo James Moyana (pictured above) is writing a book tackling the economic problems faced by the country during his tenure.

He told The Standard that the book would be titled Zimbabwe Economic Transition from 1981 to 1993.

Moyana, who was at the helm of the Reserve Bank of Zimbabwe between 1981 and 1993, said his book on Zimbabwe’s economy would be ready in the next three to four months.

“The book will tackle some of the economic challenges that the country faced during the period 1981 to 1993 and the methods that we used to overcome those problems and to interact with the international community,” he said.

“It is a historic book and there are lessons to be learnt there by the current leadership.

“It depends on the people that are currently in leadership — whether after reading the book they will think that it has elements on managing the economy, which they think they can learn from in order to assist them to reform Zimbabwe’s economy.”

Moyana said his book would target economists, financiers, academia, students and political stakeholders so that they learn how Zimbabwe during the 13-year period after its independence in 1980 became the bread basket of Southern Africa.

Moyana said the country needed positive economic policies in order to achieve economic growth, as well as to curb excessive borrowing, and paying back external debts on time.