Cambridge, Mass.— Neal Hovelmeier has been named a 2019–2020 fellow at the Radcliffe Institute for Advanced Study at Harvard University, joining 50 women and men in the incoming fellowship class as they pursue work across the sciences, social sciences, humanities, and arts. 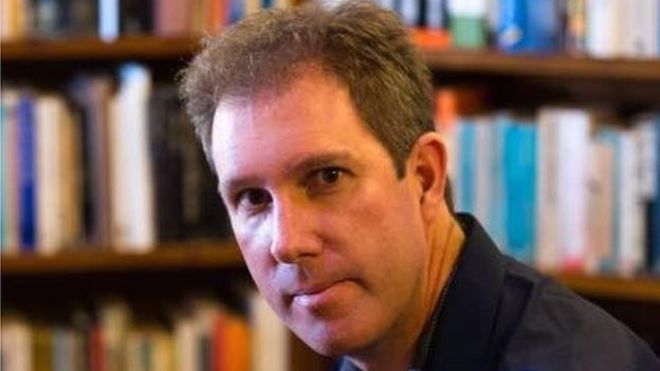 As the 2019–2020 Robert G James Scholar Fellow, Hovelmeier will pursue an individual project in a community dedicated to exploration and inquiry at Harvard’s institute for advanced study.

“This is a remarkable class of fellows,” said Radcliffe Institute Dean Tomiko Brown-Nagin RI ’17, the Daniel P. S. Paul Professor of Constitutional Law at Harvard Law School and professor of history in the Faculty of Arts and Sciences. “Radcliffe’s Fellowship Program—a microcosm of the Institute—is a laboratory of ideas where scholars, artists, scientists, and practitioners draw insights from one another and generate new knowledge that spans disciplinary boundaries. I am extraordinarily excited to see what emerges from this incredible group of individuals in the year ahead.”

While in residence, fellows at the Radcliffe Institute present lectures and exhibitions to the public, participate in cross-disciplinary study groups, and work closely to mentor and teach undergraduate Harvard students who also assist with research initiatives.

Neal Hovelmeier is an educationalist and (writing under the pseudonym Ian Holding) an internationally published author of three highly-acclaimed novels, as well as numerous short writing, articles, academia and plays. He has been shortlisted for the Dylan Thomas Prize, the Manchester Fiction Prize, the Rolex Mentor-Protégé Initiative and twice been a Fellow of the Hawthornden Literary Institute. Of Hovelmeier’s 2005 novel, Unfeeling, Newsweek proclaimed it “one of the season’s best books” while the 2010s Of Beasts and Beings was described as “Blakean in its vision.” Other critics have described him as an “outstandingly gifted writer” whose work is “searingly powerful.” He has appeared on numerous international platforms as a literary commentator, including in the United Kingdom, the USA, Canada, Australia, New Zealand and South Africa. Hovelmeier attained a PhD from the University of the Witwatersrand where he also currently holds an appointment as a Research Associate.

The Radcliffe Institute has awarded more than 900 fellowships since its founding in 1999.
The full list of fellows is online here.