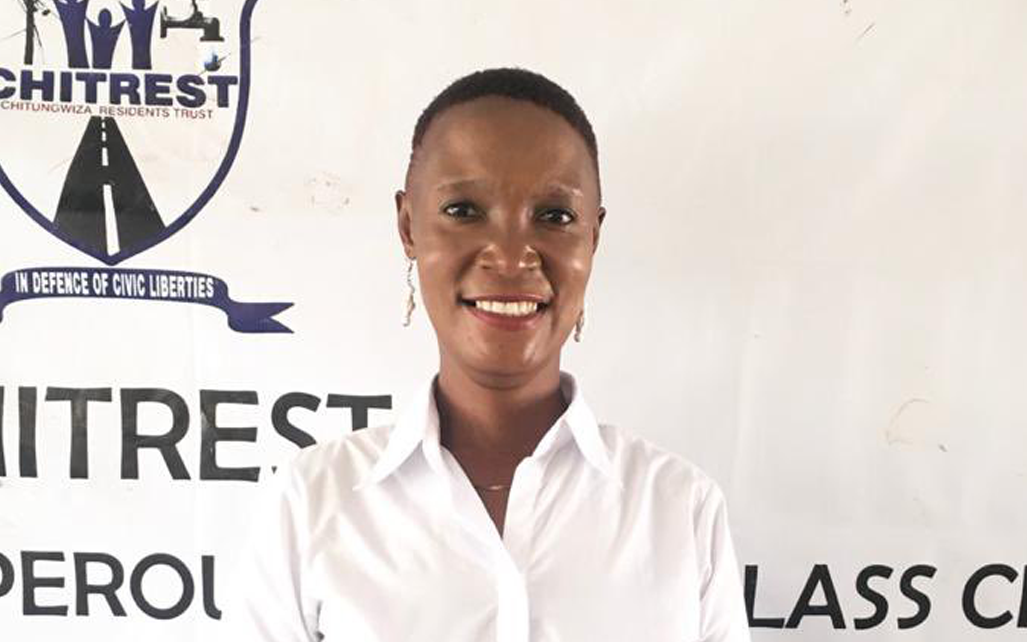 CHITUNGWIZA Residents Trust (CHITREST) Director Alice Kuvheya on
Wednesday 16 June 2021 appeared at Chitungwiza Magistrates Court after
she was arrested by Zimbabwe Republic Police (ZRP) and charged with
incitement to participate in a gathering with intent to promote public
violence.

Prosecutors claim that Kuvheya, who is represented by Freddy
Masarirevhu of Zimbabwe Lawyers for Human Rights, communicated,
persuaded and induced people to wage war between authorities at
Chitungwiza Municipality and some Chitungwiza residents and some
informal traders.

The prosecutors charged that Kuvheya recorded a video which she shared
on social media platforms in a bid to incite residents and informal
traders to resist a government backed exercise to demolish trading and
vending stalls and structures.

Kuvheya returns to court on Thursday 17 June 2021, where her
application for refusal of remand will be heard before Magistrate
Isheanesu Matova. Through his lawyer, Kuvheya is arguing that the
facts of the charge of incitement does not constitute or disclose an
offence.

On Wednesday 16 June 2021, Magistrate Matova ordered the state to
carry out investigations into complaints made by Kuvheya against ZRP
wherein she protested against the conduct of police officers who did
not advise her about the charge she was facing upon arrest on Monday
14 June 2021 and who also took her from one police station to another
and amended the charge several times.

On 10 June 2021, Kuvheya, CHITREST and Harare Residents Trust, who
were represented by Rudo Bere of ZLHR, obtained a High Court order
granted by Justice Edith Mushore stopping local and central government
from carrying out unprocedural demolitions of homes, perimeter walls
and informal traders’ structures as the exercise is not in compliance
with the law in particular section 32 of the Regional Town and Country
Planning Act and section 3 of the Administrative Justice Act.

Newer Post
How ruling elite treats Zimbabweans today is how they, too, will be treated tomorrow – MDC officials not the ones hiding in exile!
Older Post
Muderer Zimondi’s bid to prosecute appeal flops