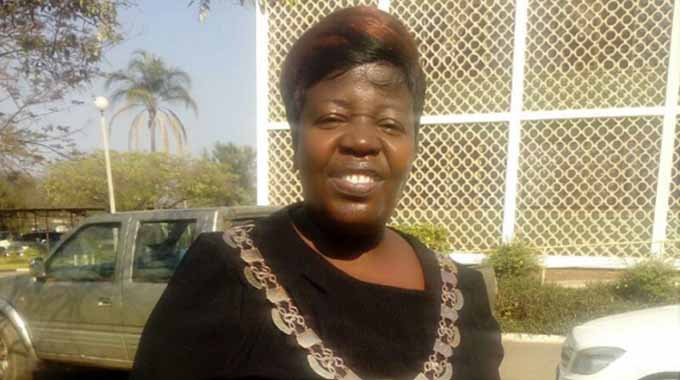 Kwekwe residents and ratepayers have embraced recently-elected mayor Councillor Angeline Kasipo and pledged to support her during her tenure.

Clr Kasipo will lead business in the 14-member chamber after she was elected into office as mayor unanimously while former mayor, Cllr Shadreck Tobaiwa is deputising her.

The mining town is the only city with a female mayor.

Residents have since warmed up to the new set-up and expressed confidence in her.

“We are looking forward to her achieving a lot for the city. As a woman of course I support the fact that she was elected mayor ahead of many male colleagues, that goes on to show that she is a hard working woman,” said Mrs Tavaka Shumba from Mbizo.

Daniel Muripo, a popular vendor in Kwekwe, said he was in support of the mayor especially on the issue of vendors.

“I heard her pledge that vendors will not be moved off the streets until we get an alternative. That is the heart of a mother who knows that children need to survive. Unless and until we get jobs then we can be moved from the streets,” he said.

“We wish her well and wish her leadership will surely be able to execute duties with confidence. We are confident that her visionary leadership will lead to improved service delivery and a corruption free city. We pledge our full and unwavering support,” said Mr Kadenhe.

KRRA secretary general Mr Alex Homela said Cllr Kasipo had a huge task ahead of her that of ensuring that is clean enough to attract investors.

“Kwekwe is an industrial hub and is home to many companies. For us to have these companies re-opened, our new mayor will have to ensure that the city is clean and service delivery is improved so that investors can come in,” he said.

Kwekwe boasts of being one of the cities with the cleanest water in the in the country, a feat the mayor is expected to help maintain.