Zimbabwe’s Deputy of Foreign Affairs and International Trade David Musabayana and Rwanda Ambassador to Zimbabwe James Musoni lit the candle of hope at the commemoration held in Harare.

HARARE – Zimbabwe has joined Rwanda and the International community in commemorating the 1994 Genocide against the Tutsi in Rwanda.

Zimbabwe’s Deputy Minister of Foreign Affairs and International Trade, David Musabayana said the massacres were targeted at the Tutsi.

“It is our collective duty as humanity to remember the 100 days of madness that began on 7 April 1994 which led to the death of a million people,” Musabayana said.

“The people who were systematically exterminated were the Tutsi and today, in solidarity, we join the government and the people of the Republic of Rwanda in honouring  those who were killed and to reflect on the suffering of the survivors of this dark chapter in the history of Rwanda in particular and humanity in general.”

Musabayana said genocide should never be allowed to happen anywhere in the world.

The event was held at Arrupe Jesuit University in Harare where several diplomats accredited to Zimbabwe and Friends of Rwanda and members of the Rwandan community gathered to remember the one million people killed in cold blood in Rwanda during the genocide against the Tutsi. 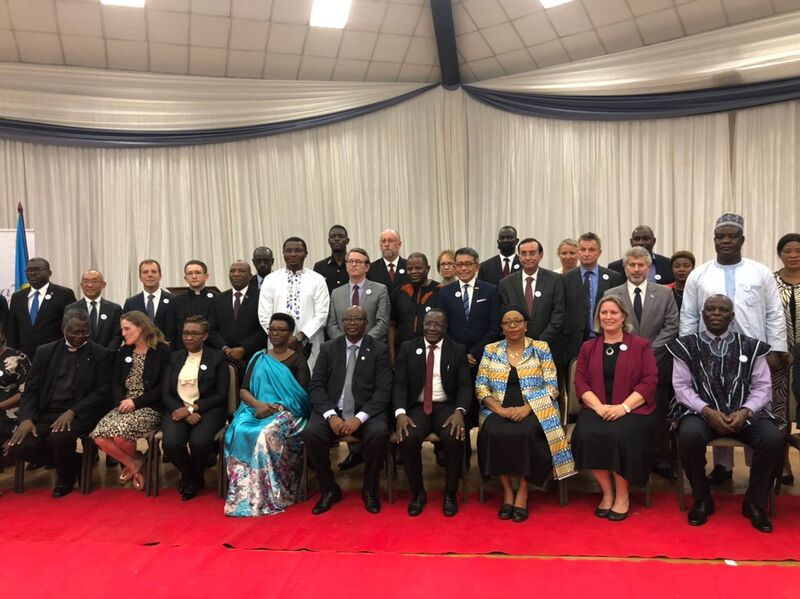 Rwanda Ambassador to Zimbabwe, James Musoni said there must be concerted efforts to fight genocide ideology urging countries where perpetrators of genocide are roaming freely to cooperate and ensure they face justice.

“Several perpetrators of the 1994 Genocide against the Tutsi still roam freely in many parts of the world and are working in cahoots with genocide deniers in their efforts to perpetuate the genocide ideology,” Musoni said.

“The Rwandan prosecutor general has sent to over 30 countries a list of fugitives fully backed with indictments showing the atrocities they committed but only a handful have been apprehended.”

Musoni said Rwanda has given countries harboring the fugitives two options, to extradite them to Rwanda or try them in their courts.

“With mutual cooperation and commitments made by the International community, the long arm of the law should reach these criminals and bring them to justice,” he said.

Musoni told the gathering that despite walking through a difficult journey, Rwanda was today an example of success in post conflict construction – thanks to the good leadership under President Paul Kagame.

He said Rwanda has been ranked by the World Bank as one of the best countries in improving quality of life, rule of law, ease of doing business, accountability and transparency.