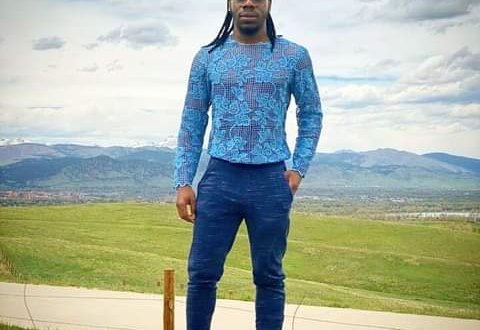 BY FREEMAN MAKOPA
LOS ANGELES-BASED Zimbabwean designer Tinashe Adby Phiri of the Znzorzi label continues to spread his tentacles in various parts of the world through his unique designs. In an interview with NewsDay Life & Style, Phiri said he has made changes in their design signatures as it now encompasses both African and Western Aesthetics.

“My design signature has changed as it now embodies a celebration of love and the Jet Set Lifestyle. Our fall/ winter 2020/21 women swear collection that is now available for purchase on our website www.znzorziadby.com is the best representation of what we are now about,” he said.
“You will see sensual jumpsuits, faux fur jackets, faux fur scarves and faux fur bags with looks that evoke memories of lives lived in the world of private jets and sprawling mansions”
He said he has embraced technology which enables him to expand his horizons.
“We are now an online business, now we reach out to customers through Facebook ads , Instagram ads , and Google ads. We are taking different steps to have a significant online presence and this has provided new opportunities for significant growth since we are now speaking and going direct to the consumer ,” he said.
Phiri said since he introduced the brand in Los Angeles, they received tremendous support from New York, Florida and Los Angeles customers.
“It has been very profitable since the middle man or gate keeper is now out of the way. This means serving more customers at a growth rate that we are satisfied with. Embracing technology has done us good and has expanded our horizons,” he said.
The fashionista said he had his career breakthrough in 2015 as he started to receive emails from different countries after he released a collection.
“In 2015/16 l felt very compelled to create a menswear collection that would meet international standards in every way possible. I wanted to create a collection that would make fashion people both in Zimbabwe, Africa and overseas pay attention,” he said.
“l made some original sketches, prepared patterns and went to Johannesburg to buy the finest fabrics that best represented my vision and also that l could afford because I was working on a very tight budget. But l was not going to allow that to stand in my way because l have always lived by this statement; Do what you can, where you are, with what you have.”
He said the collection came to life as he had a ground breaking photo shoot with Optimas (Zimbabwean photographer) and a local model Michael Jacobson.
“My client gave us his covert to use in that photo-shoot. I remember it took us the whole day, but after the photo-shoot while looking at the images, I knew that we had created something bigger than us,” he said.
Phiri rose to fame in 2012 after getting a lifetime opportunity to work as an intern with South African fashion great David Tlale and he managed to be one of the two chosen from Southern Africa, after sending his fashion portfolio.
During that time he met and worked with South African greats including iconic singer Yvonne Chaka-Chaka, President Jacob Zuma’s wives, Julius Malema, choreographer Somizi Mhlongo, socialite Khanyi Mbau, gospel singer Rebecca Malope and award winning Isidingo actress Kgomotso Christopher.
Phiri has also managed to be part of the most prestigious fashion weeks in Africa such as the Mercedes Benz Fashion Week Africa as well as the Mercedes Benz Fashion Week Africa in Johannesburg.