Land reform under attack in Zimbabwe? 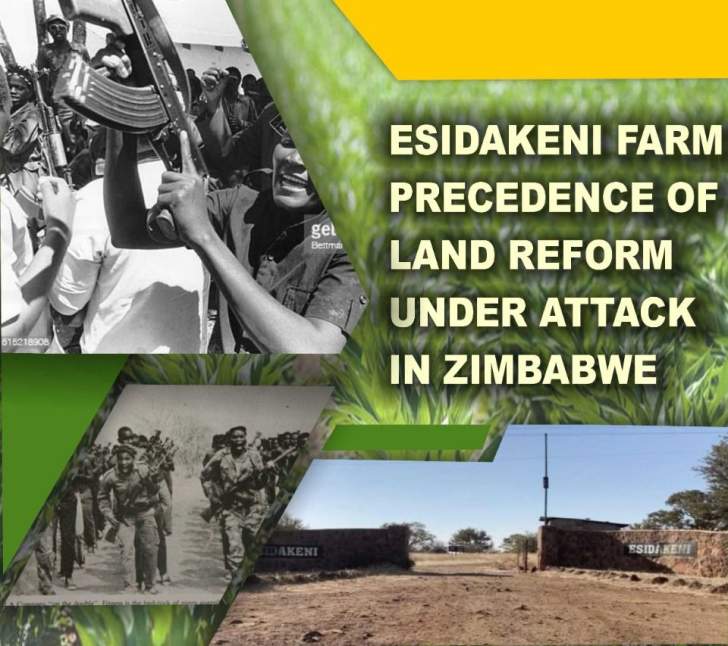 The Esidakeni Farm saga has set a dangerous precedence which could affect land reform in its entirety in Zimbabwe. Farmers with offer letters are now wondering what will happen to them should former owners decide to challenge the validity of offer letters in the courts based on the recent Supreme Court ruling against Obert Mpofu.

Without being in contempt of court I would like to express my opinion on the judgment as granted and protected by the constitution.

The High Court ordered Mpofu hands off Esidakeni farm prompting him to approach the supreme court for reprieve.

The judgement did not recognize that the farm had been acquired by government and as such Obert Mpofu had been granted an offer letter by government.

Obert Mpofu did not venture into any self help as claimed by the judgment because he did not grant himself the farm , he was given an offer letter by the government, just like several other offer letter holders who now question the wisdom of the judgement.

The Supreme Court ruling basically sets a precedent that offer letters do not mean anything and can be voided at any given time.

The judges said anarchy and chaos brought about by self-help is not acceptable. Though one would question them as to how land reform was effected in the first instance, was the land reform program not a self help exercise initiated by the people who could no longer wait for the British and their empty promises on land reform?

The Supreme Court did not me that the individual with an offer letter has the locus standi in judicio to seek the eviction of a former owner after acquisition of land by the state.

The court went on to contradict itself stating that, “The fact that the appellants had an offer letter does not entitle them to self-help in taking over possession without due process of the law.”

The Supreme Court ruled that the dispossession of the farm owners by Mpofu, “was unlawful and it was done without the respondents’ consent.”
The Supreme Court would be asked in which case has farm owner consented to compulsory acquisition of their farm ?

Sipho Malunga and his colleagues had challenged the government’s compulsory listing of the farm for resettlement at the High Court.

They argued that the constitution protects black farmers from land dispossession hence the High Court is yet to rule on their challenge to the compulsory acquisition on the resettlement of the farm.

The case of ownership should be heard and resolved first as it then settles the question of whether or not government was correct in acquiring the farm.

The matter should be heard urgently and brought to rest otherwise the entire land reform will be in jeopardy in Zimbabwe.

The people of Zimbabwe are concerned and former farmers who had their farms acquired by government are excited by this ruling. Could this be the end of land reform in Zimbabwe?