LATEST – Roy Bennett Death Was In US Not Canada, Police Reveal 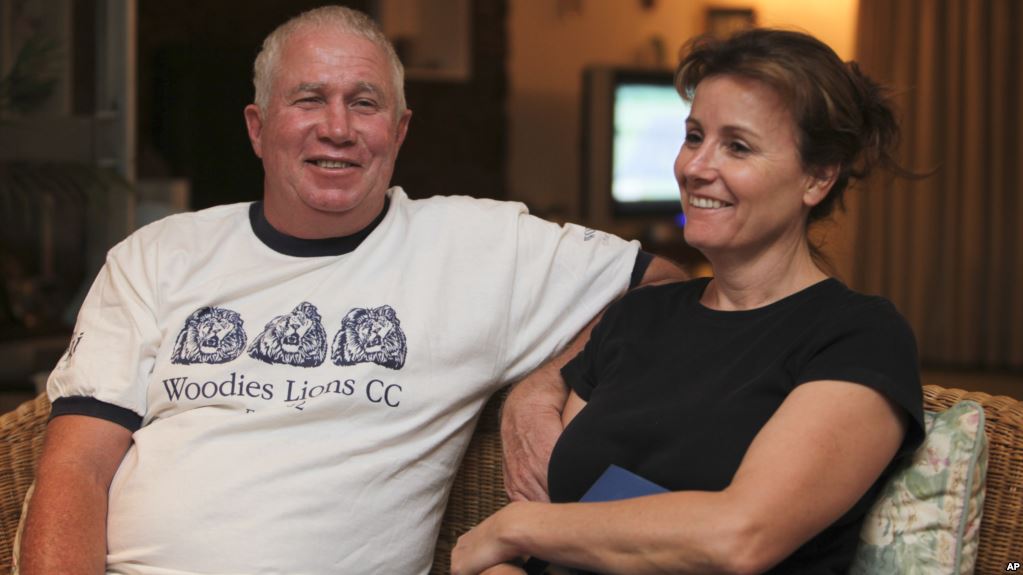 Source: LATEST – Roy Bennett Death Was In US Not Canada, Police Reveal | ZimEye 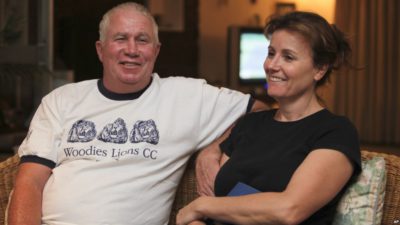 FILE – This Oct. 16, 2009 file photo shows Senior Zimbabwean MDC opposition official Roy Bennett, left, and his wife Heather, relax at a friends home in Mutare about 200 km east of Harare, following his release from prison. A fiery helicopter crash killed Bennett and his wife, while on holiday in a remote part of the U.S. state of New Mexico and four others aboard, friends and authorities said. (AP Photo/Tsvangirayi Mukwazhi,File)

US police reveal that the MDC’s former Treasurer General, Roy Bennett died in the United States, not Canada as previously reported by MDC officials. Top MDC officials who include National Standing Committee member Chalton Hwende had told ZimEye the accident happened in Canada.

Raton, NM – Around 6,00 p.m. on January 17, 2018; Raton, New Mexico Police Department (RPD) dispatch contacted New Mexico State Police regarding a call of a downed helicopter. RPD received a 911 call from a victim in the crash who reported the incident. The victim informed dispatch there were six people aboard the helicopter when it crashed. The caller reported three were injured and the other three unaccounted for. The exact location of the crash was uncertain.

Area law enforcement, including New Mexico State Police, New Mexico Department of Game and Fish, and Colfax County Sheriffs Department began searching for the site. Local fire departments and EMS were also activated. A fire was reported at a nearby ranch, approximately ten miles east of Raton. The downed helicopter was believed to have caused the fire. The New Mexico State Police Aircraft Division deployed a helicopter to assist in the search.

Fire department and law enforcement vehicles responded to the area, but response was slow due to the area being extremely remote with rugged terrain and limited road access. Wreckage was spotted in a rancher’s property east of Raton. A grass fire had burned the area of approximately a mile radius around the crash site.

New Mexico State Police officers on scene reported the helicopter wreckage had been engulfed in fire making identification difficult. Three individuals were located at the site deceased. Two other male subjects were alive but in critical condition. The passenger who called 911 was injured but able to give some information. Officers and EMS began immediate medical treatment on scene. One of the pas.ngers in critical condition died at the scene a short time later. Another succumbed to injuries while en route to a hospital via air medical transport.

The survivor of the crash sustained serious injuries but is expected to survive. The nature of this flight is not known. The helicopter has been identified as a private Huey helicopter.