The death of a real hero 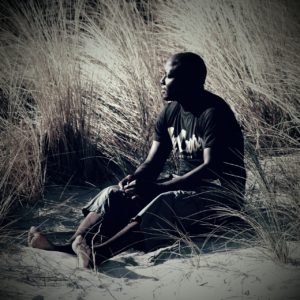 Source: The death of a real hero – ilizwi263

Barnabas Muvhuti mourns the life of a man he idolised, his uncle who, to him, was a real hero.

Yesterday, I received the sad news that Babamukuru, my father’s older brother has passed away. The message got me reflecting on the life of a great wise elder of the family.

Up until 2008, Babamukuru was a very strong man. He would ride on his ‘black horse’ bicycle for often long distances. A great farmer, an accomplished builder, a stylish cobbler, and an outstanding iron-smith, he was a very innovative and practical man. Babamukuru was a jack of all trades.

Why my uncle is a real hero

In that heated build-up to the 2008 election runoff, Babamukuru and his wife (Amaiguru) were beaten almost to the point of death by the vicious Zanu PF youth militia for refusing to attend their pungwes (all-night meetings), and for speaking out against the then president of Zimbabwe, Robert Mugabe. They almost left them permanent injuries. That was painful, considering that the couple’s first-born child never came back from the country’s liberation struggle which ended in 1979, and they never got any form of compensation. They had sacrificed for the country’s independence in a great way.

Babamukuru was a man of fearless conviction. He would boldly declare that the then president had done nothing for the masses. At that time, Welly, a cousin of mine who was taking care of our homestead, was sleeping in the mountain fearing that the ruling party youths would abduct and torture or even kill him. One night, after searching and failing to find him, they burned the grass-thatched rondavel in our yard. I remember getting angry with Morgan Tsvangirai when he pulled out of the race at the last minute. I felt he had deprived people like Babamukuru and Amaiguru of a chance to exact revenge. But then, lives were being lost throughout the country. Would an election in such a tense environment have made any difference anyway? Chances are it would have just been a formality.

Amaiguru passed away a few years ago. Babamukuru soldiered on a little longer. The truth is, neither of them ever fully recovered from the beatings by those thugs. I remember the last time I saw Babamukuru, in August 2015, he was really struggling to walk. Even then, for a man staying in a peripheral area where the main source of information is propaganda from the nation’s main broadcaster, Babamukuru never ceased to amaze me with how up-to-date he was on global political developments.

He never subscribed to the broadcaster’s propaganda. He loved to discuss politics when the subject was taboo to many in the local area. It is with a heavy heart that I have decided to pay tribute to him in this way. I also shared this as a lesson to the youths of Zimbabwe who should never allow themselves to be used to commit atrocities by heartless politicians. Lest we forget!