THE Young Lawyers Association of Zimbabwe (YLAZ) and Frederick Mutanda, a liberation war veteran, on Tuesday 11 May 2021 filed an urgent chamber application at Harare High Court seeking an order to stop Chief Justice Luke Malaba from continuing as the head of the Constitutional Court. 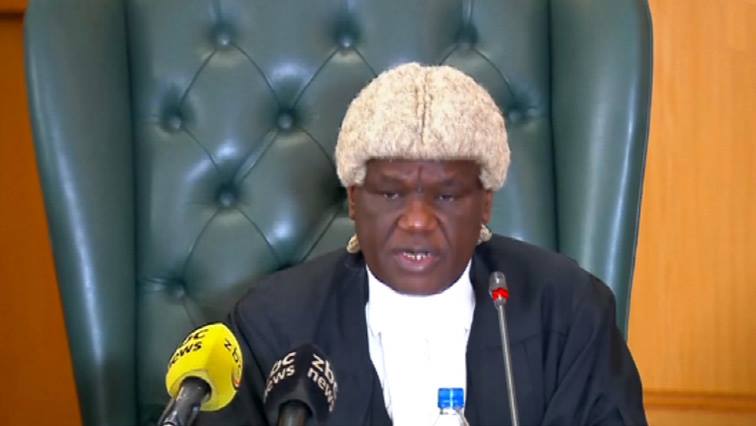 In the application filed by Honey & Blanckenberg Legal Practitioners,
who are members of Zimbabwe Lawyers for Human Rights, YLAZ and Mutanda
argued that Chief Justice Malaba ought not to benefit from the term
extension provisions as introduced by the amendment of the
Constitution since he has served 15 years as a Judge of the
Constitutional Court.

YLAZ and Mutanda argued that the Judicial Service Commission (JSC)
which is cited as the first respondent failed to discharge its
constitutional obligations diligently and without delay as was and now
is required in law and as provided in section 324 of the Constitution.

YLAZ contended that if Chief Justice Malaba continues in office there
would be no Constitutional Court in Zimbabwe thereby pushing the
country into a constitutional crisis because he would have retained
power in clear contravention of section 328(7) of the Constitution.

In a supporting affidavit filed together with the urgent chamber
application Mutanda argued that government is reversing the gains and
fruits of the liberation struggle such as the Constitution.

They also want Chief Justice Malaba not to benefit from the term limit
extension as introduced by an amendment of section 186 of the
Constitution and for him to vacate office as the Chief Justice on
midnight of 15 May 2021.
In the alternative, YLAZ and Mutanda want section 14 of Constitution
of Zimbabwe Amendment (No.2 Act, 2021 to be declared invalid for
violating section 56(3) of the Constitution and be struck down.