Let’s all defend our nation: ED 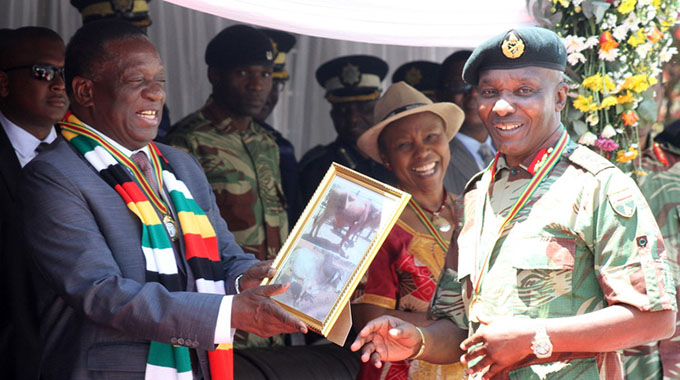 Paidamoyo Chipunza Senior Reporter
The level of confidence and goodwill by civilians towards the uniformed forces continue to improve as shown by the increase in the number of civilian shooting clubs participating at this year’s President’s Medal Shoot competition, President Mnangagwa has said.

Speaking at the 2018 award giving ceremony held at Cleveland Range in Harare yesterday, President Mnangagwa said civilians also had a role to play in defence of the nation.

“I hope annual events such as this and others will continue to attract more civilian participants as appreciation of their role in the defence of our nation,” said President Mnangagwa.

President Mnangagwa said the President’s Medal Shoot competition creates an opportunity for civilians to interact with the security forces, thereby cultivating and promoting cordial co-existence, cooperation, sportsmanship and professionalism not only within the uniformed forces, but also the public at large.

He said competitions of this nature were also important occasions in enhancing the uniformed and security forces’ constitutional obligation to defend the country’s sovereignty, maintain law and order and thwart machinations by any adversary.

“Furthermore, this annual shooting event is an essential and relevant sporting event as such training will guarantee a secure and conducive environment necessary for business and economic development towards the attainment of Vision 2030,” said President Mnangagwa.

President Mnangagwa commended the increased number of female participants in the competition, which previously was a domain of males.

He said the increase was a reflection of the security forces’ positive response to calls for gender equality, sensitivity and representation in all national activities.

“I urge women to take this sport seriously and challenge them to match their male counterparts in competitions as well as performing in the requisite roles of defending our hard won independence and territorial integrity,” he said.

The President commended the Zimbabwe uniformed forces for exhibiting high standards of discipline and professionalism beyond our borders.

“Your performance in the Southern African Development Community, the African Union and United Nations peacekeeping and observer missions has always been matching or surpassing set standards. I implore you to continue to improve on good standards that you set,” said President Mnangagwa.

He said what they had achieved so far must not be compromised or negated through lapses or unpatriotic acts.

President Mnangagwa congratulated the winners and urged them to continue enhancing their abilities.

He urged those who did not make it to also continue working hard to overcome their shortcomings.

Speaking at the same occasion, Defence Minister Oppah Muchinguri-Kashiri said the President’s Medal shoot on the ZDF annual shooting calendar was the culmination of a series of other shoots within the security and uniformed forces.

Minister Muchinguri-Kashiri said these shoots also provided an opportunity for all security organisations to take stock of their levels of skills and standards as guarantors of a secure, safe and peaceful Zimbabwe.

Unpacking this year’s theme for the competition “Sharpening musketry skills to defend national sovereignty” Minister Muchinguri-Kashiri said it was designed to remind all security personnel and their civilian counterparts of the need to prepare themselves to jealously guard the country’s independence.

Commander of the ZNA Lieutenant General Edzai Chimonyo, who was hosting this year’s event, said their intention was to develop the President’s Medal shoot for international shooting competitions with organisations such as the International Practical Shooting Confederation and the International Shooting Sport Federation. 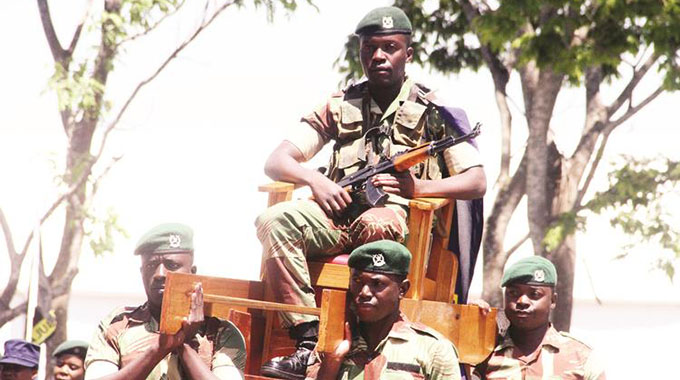