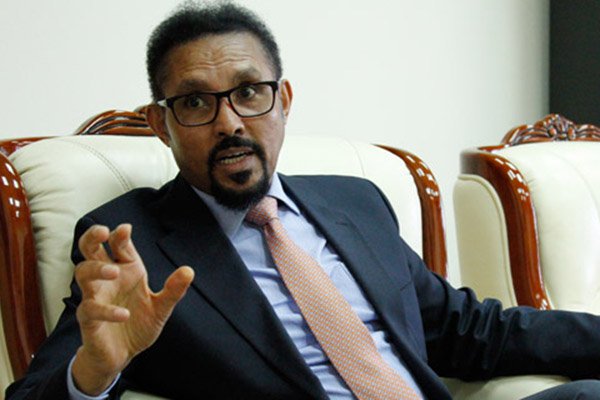 From Happiness Zengeni in Addis Ababa, Ethiopia
African countries should come up with policies designed to create jobs and drive sustained economic growth and development for its population. Speaking at the presentation of the African Economic Outlook – the African Development Bank’s flagship analysis of the state of African economies, Arkebe Oqubay, Minister and Special Advisor to the Prime Minister of Ethiopia, said there was need for the continent to focus on the creation of permanent skills.

In an interview with The Herald Business last week, President Mnangagwa emphasised the desire to bring economic growth while commending the support the Government was getting from its citizens.

“I am happy that Zimbabwe is united and that its populace continues to support Government. They have high expectations of this to change and I would not want to fail them. We must make sure we create jobs, jobs and jobs. And to do so we must have foreign direct investment coming in.”

Mr Oqubay appealed to African countries to drive high and sustained growth, which must be backed by structural changes, the domestic mobilisation of resources as well as targeted and selective infrastructure.

The African Economic Outlook is produced annually by the African Development Bank and provides short- to medium-term forecasts on the evolution of key macroeconomic indicators for all 54 regional member countries, as well as analysis on the state of socio-economic challenges and progress made in each country. It was presented to key stakeholders on the sidelines of the ongoing 30th Ordinary Session of the Assembly of the Heads of State and Government of the African Union in Addis-Ababa.

The Bank’s chief economist and vice-president for Economic Governance and Knowledge Management, Célestin Monga, noted that the report was presented in January to give policy-makers enough time to reflect on the recommendations for economic planning and transformation.

Africa’s real output growth is estimated to have increased 3,6 percent in 2017, up from 2,2 percent in 2016, and is projected to accelerate to 4,1 percent in 2018 and 2019. The recovery of growth has been faster than envisaged, especially among non-resource – intensive economies.

“But challenges remain, especially for the structural transformations that would create more jobs and reduce poverty by deepening investment in agriculture and developing agricultural value chains to spur modern manufacturing and services” ADB said that key to solving the continent’s problems would be economic diversification especially in the context of a challenging demographic structure.

“A first priority for African governments is to encourage a shift towards labour-absorbing growth paths. A second is to invest in human capital, particularly in the entrepreneurial skills of youth, to facilitate the transition to higher-productivity modern sectors.”

The African Development Bank is projecting a 1 percent gross domestic product growth rate for Zimbabwe in 2018 from an estimated 2,6 percent in 2017. According to the bank, economic performance in Zimbabwe is likely to be affected by political changes but at the same time continues to face structural challenges from high informality, weak domestic demand, high public debt, weak investor confidence.

The country is experiencing a liquidity crisis, which is a manifestation of structural deficiencies and distortions in the economy. ADB noted that although progress was made in improving the business climate, governance and accountability remain problematic.