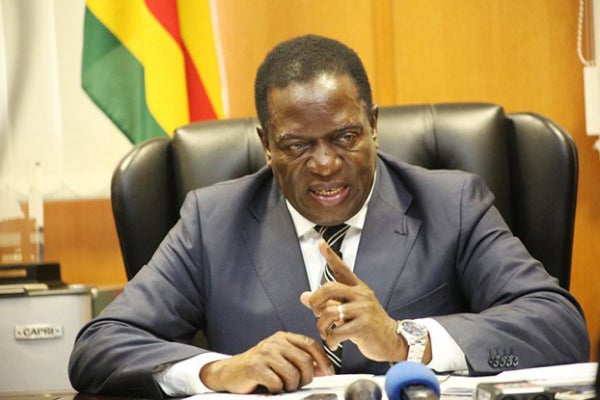 Party spokesperson, Simon Khaya Moyo told NewsDay that both Zanu PF and the opposition must have a unity of purpose to tackle the crisis.

Moyo’s comments come at a time prices have stubbornly remained high despite the return of the Zimbabwe dollar and the exchange rate stabilising.

In an interview on Monday, Moyo said the MDC needs to stop questioning Mnangagwa’s electoral victory and come to the negotiating table to proffer alternative solutions to the economic crisis.

He said all Zimbabweans were equally affected by price hikes.

“I have been to many shops, including, of course, supermarkets and I have never seen prices for Zanu PF members and prices for MDC members,” Moyo said.

“We must remember that government has taken measures and is taking measures to stabilise the economy because it affects all of us. I was in a certain shop one day and one old man said to me ‘you also buy here’ and I said yes, of course, we all buy at the same place.

“And, therefore, I don’t think it will be fair to say these prices are the result of actions by Zanu PF because that cannot be true.”

He argued that the issue of legitimacy being raised by the MDC was long settled by the Constitutional Court.

Moyo urged the MDC to reconsider its decision against participating in the national dialogue process started by Mnangagwa.

“It is our economy together and we are all Zimbabweans and the answer to it is that let us dialogue. All the parties let them come together, including the MDC; let’s talk,” he said.

Moyo said the government is putting in place measures to restore normalcy and that the economy is everyone’s responsibility and not Zanu PF’s alone.

The Zanu PF spokesperson said the party’s senior members deployed at the headquarters are supreme to government and they too were also working to find solutions to the country’s problems.

“We, as a party, we have full time senior members here and the idea is that we must also formulate policies which government can implement,” he said.

“In other words the party is supreme and, of course, its supremacy must be felt by its actions in seeing to it that the people, as a whole, live comfortable lives, affordable lives because there is no government which can exist unless it is a product of the party.

“So we are very watchful of all these developments as a party here. We liaise, of course, with government; we are not operating at an antagonist level. We have that symbiotic relationship and we do advise where we see things getting out of hand.”

Moyo said those found guilty of politicising food aid must be punished because hunger knows no political affiliation.

Zanu PF has been accused of distributing food along partisan lines, leaving out those that are perceived opposition supporters.

“There are no different prices for members of Zanu PF and members of other parties and this is why we have insisted that all measures must be taken to ensure that food must go to all those who deserves it irrespective of one’s political party,” he said.

“Food must go to all who deserve it and anybody found discriminating in terms of food relief, giving people food on party lines shall be dealt with ruthlessly.”